Sometime in mid 2020, Cummins decided to switch vendors for the manufacturing of their marine aftercoolers. The MOTA corporation, based in France was chosen to manufacture the new generation of Cummins marine aftercoolers and are notably different in appearance from the original designs used previously. The new aftercoolers are designed to be a like-for-like swap-out dimensionally and functionally (Although the QSC version requires a mounting bracket). And although they are similar in appearance, none of the new loose components (cores, caps, etc.) and/or consumable parts (O-Rings) cross-over to the older generation units and therefore have to be sourced and ordered specifically for the new MOTA coolers.

One question we often get… are these new aftercoolers better than the old ones?  As of this writing, it’s a bit too soon to call.  First impressions are that they are well designed and the quality of manufacturing appears to be very high. The additional O-Rings now featured on the B and C aftercoolers reflect the success they had with the same approach some of the original Q series aftercoolers.  The real test is going to be longevity, in other words how will these alloys hold up in a salt water environment.  Will there be any physical design issues that cause extra pitting and corrosion. The jury is still out on all that. We are keeping tabs on these and we will update this article when we have more data.   Speaking of which… If you have the MOTA aftercoolers, share some pics and details when you do your next service. And as always, consider fresh water flushing which helps protect all aftercoolers new and old alike.

Tony’s 2-Cents: The construction of the aftercoolers seems to be “top notch”—Maybe better than the past? But with that said, IMO they will prove to be much more difficult to service due to “more parts” to deal with, more expensive “O-rings”  and may need to be serviced often more due to the water tube design with a much smaller I.D. and measurably less surface or open area (more clogging?)…Like all “mixed metal” seawater cooled aftercoolers, using ALCO METAL LUBE during assembly will be a key to long term serviceably and life…………………. Time will tell. 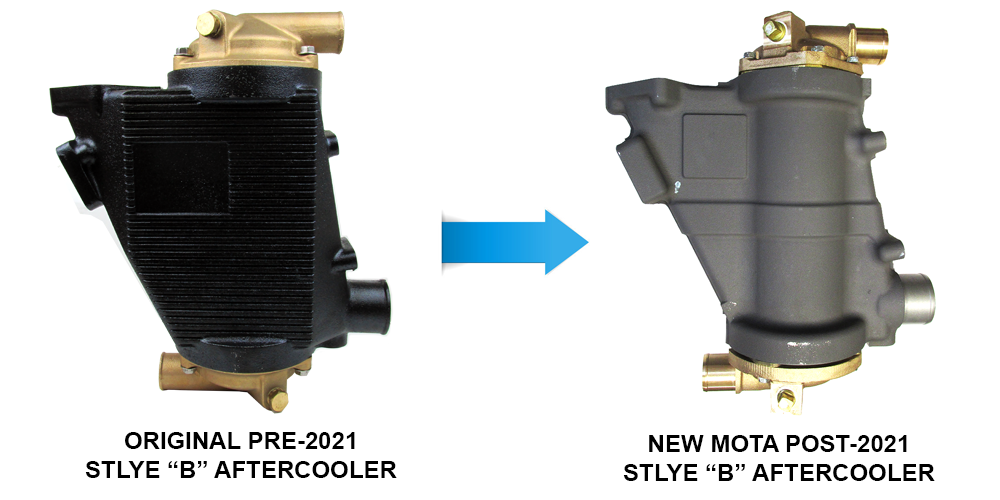 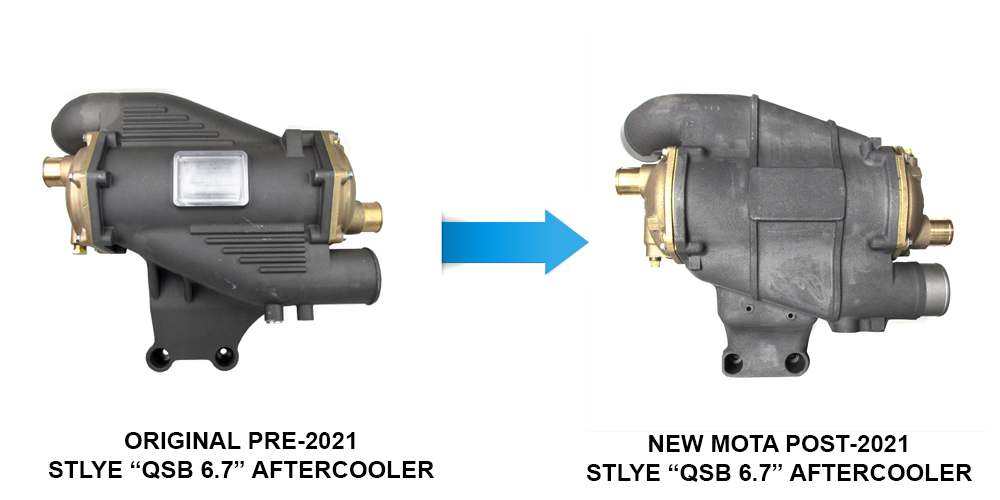