About a year ago I was contacted by Frank Waters, owner of a typical 36 Hatteras that was 20+ years old.. His questions were also typical of an owner that liked his boat but hated the engines/performance.

We talked about the feasibility of a repower and the costs associated vs. the expected results. Well, a few months later this is what we came up with. 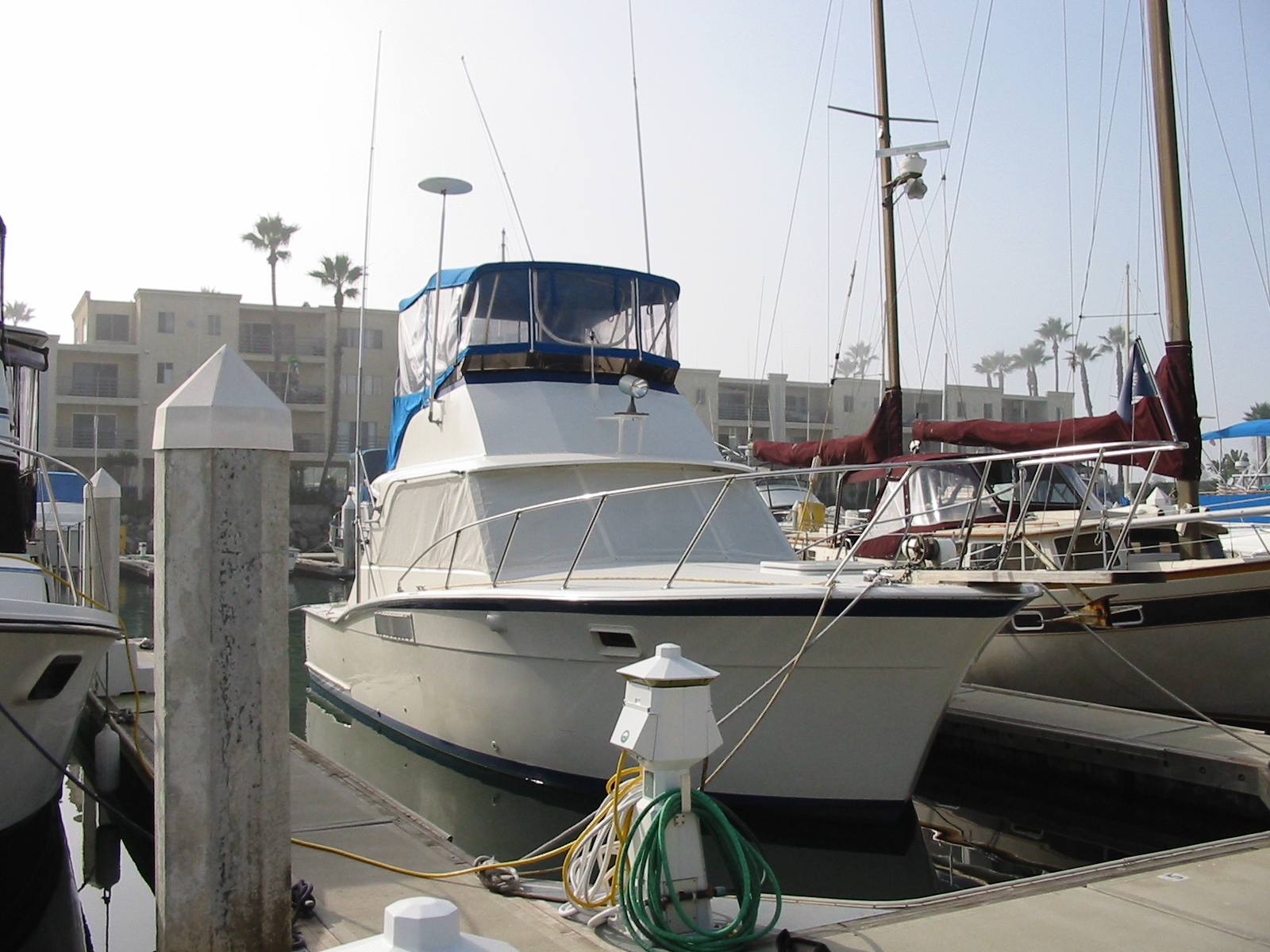 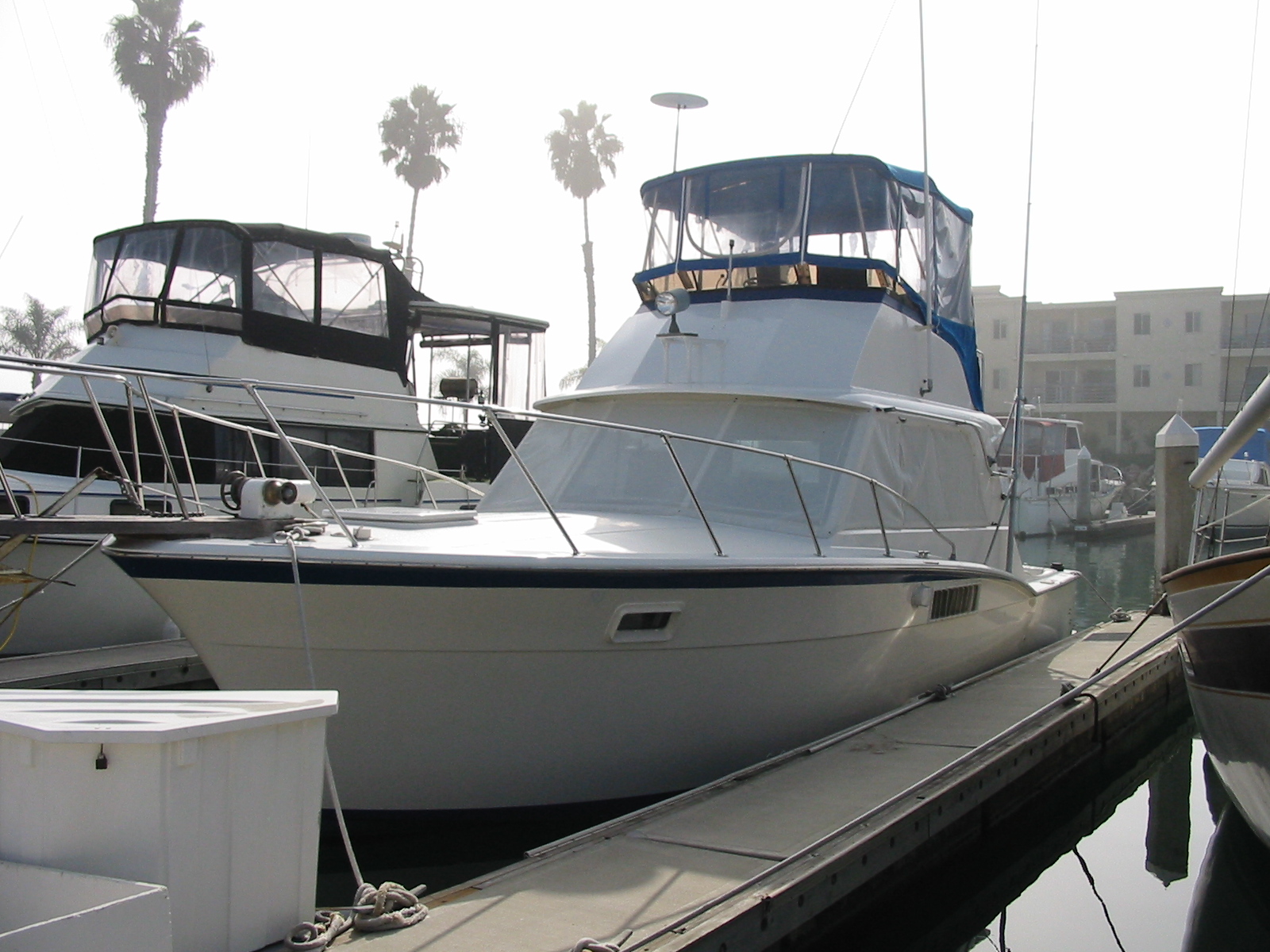 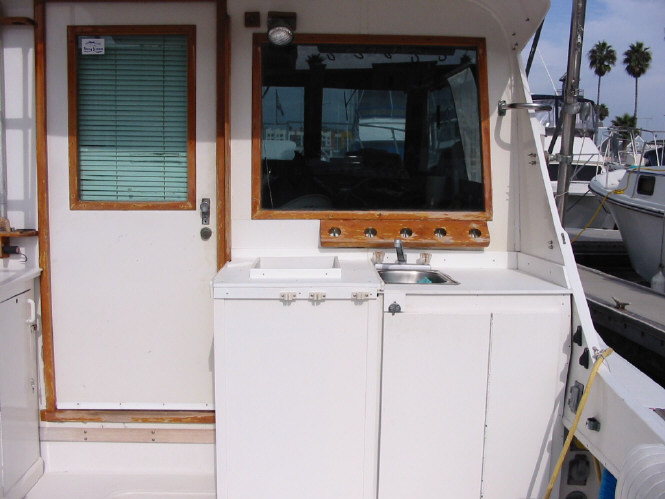 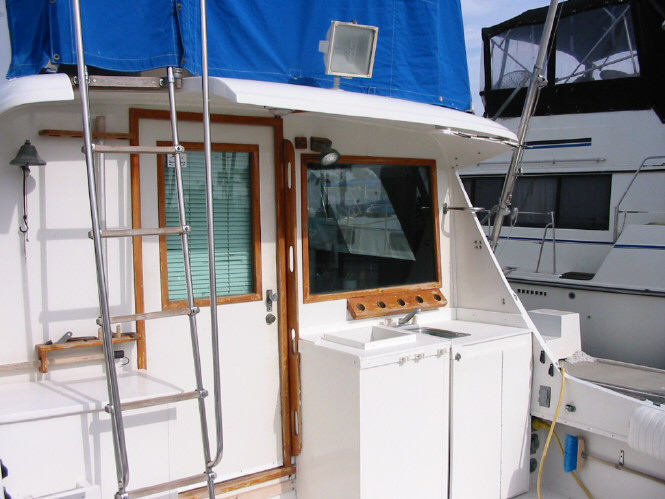 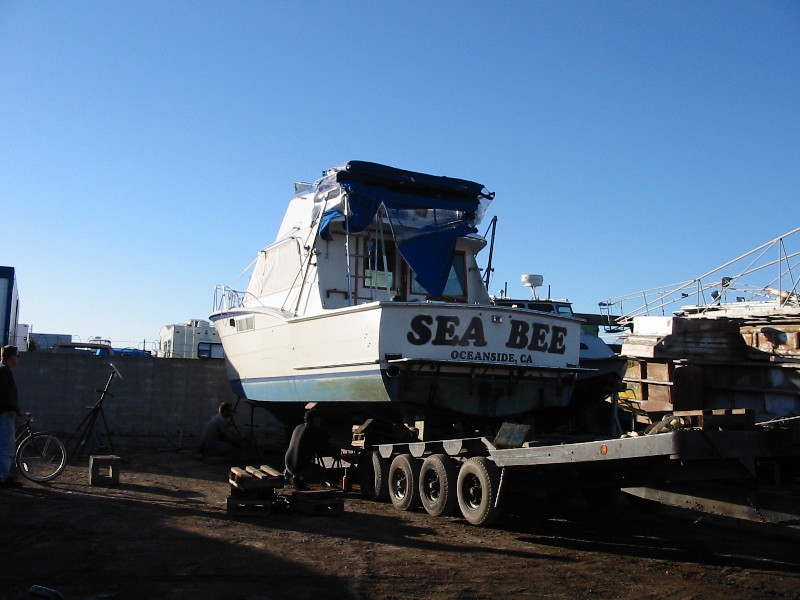 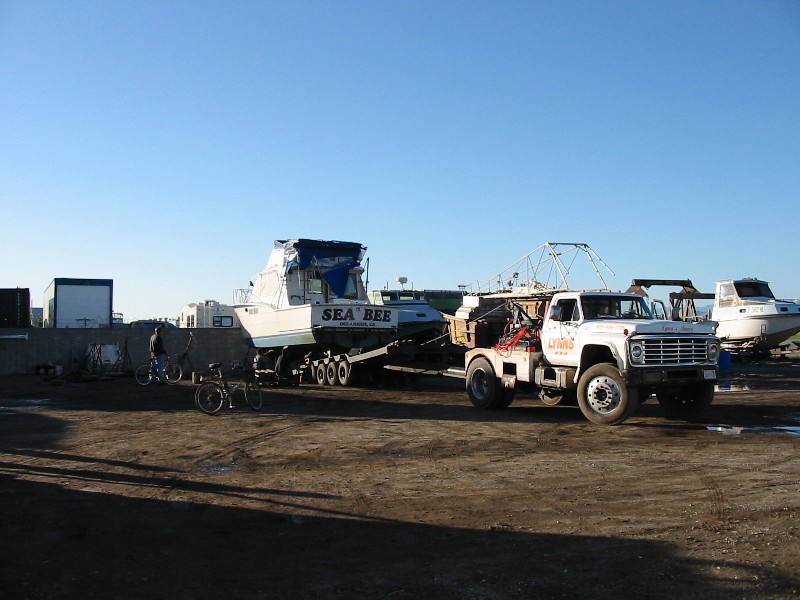 Arrival day in our yard is always exciting.. Our local boat hauler “Lynns Towing” could be a story all in itself. 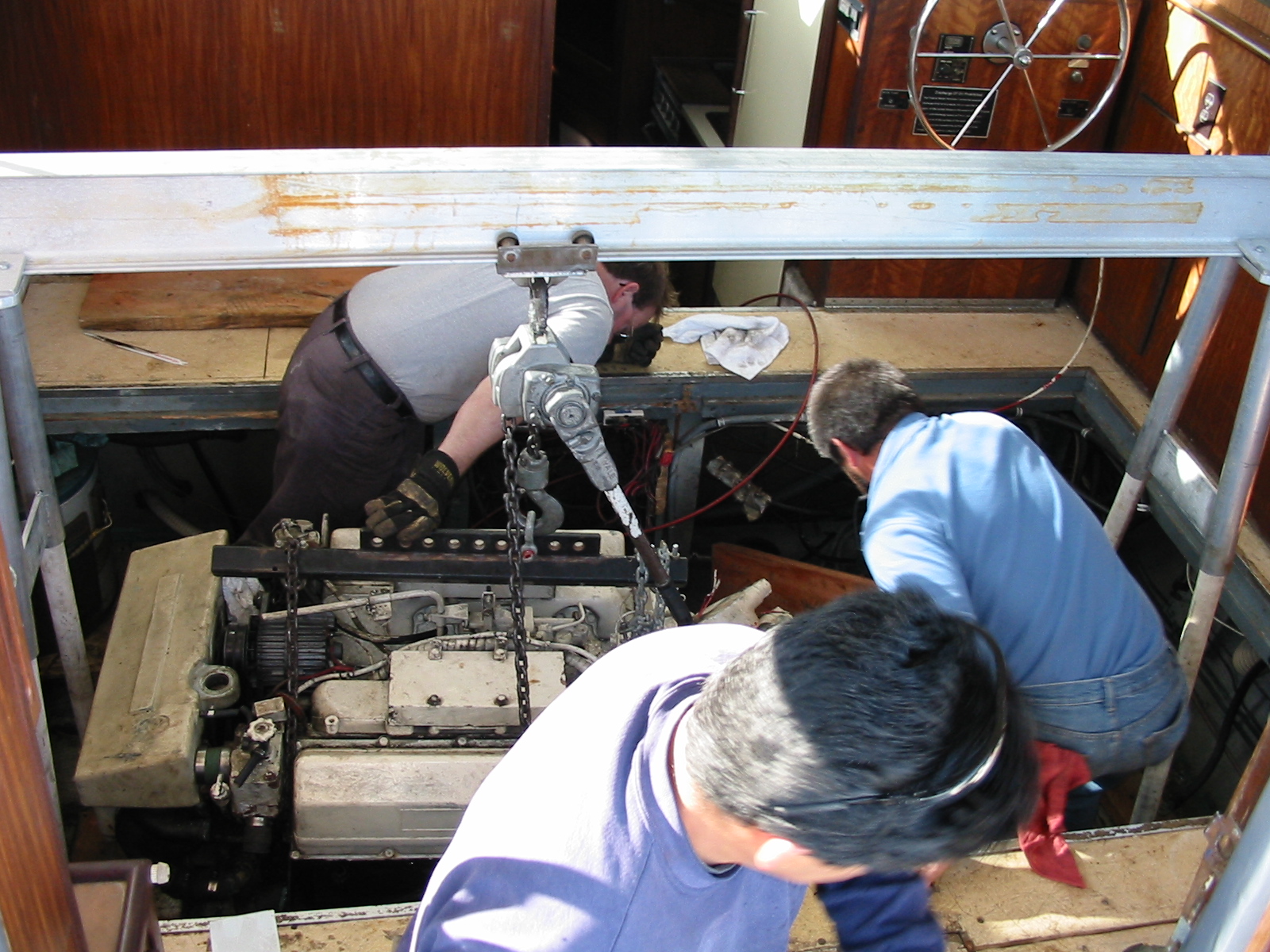 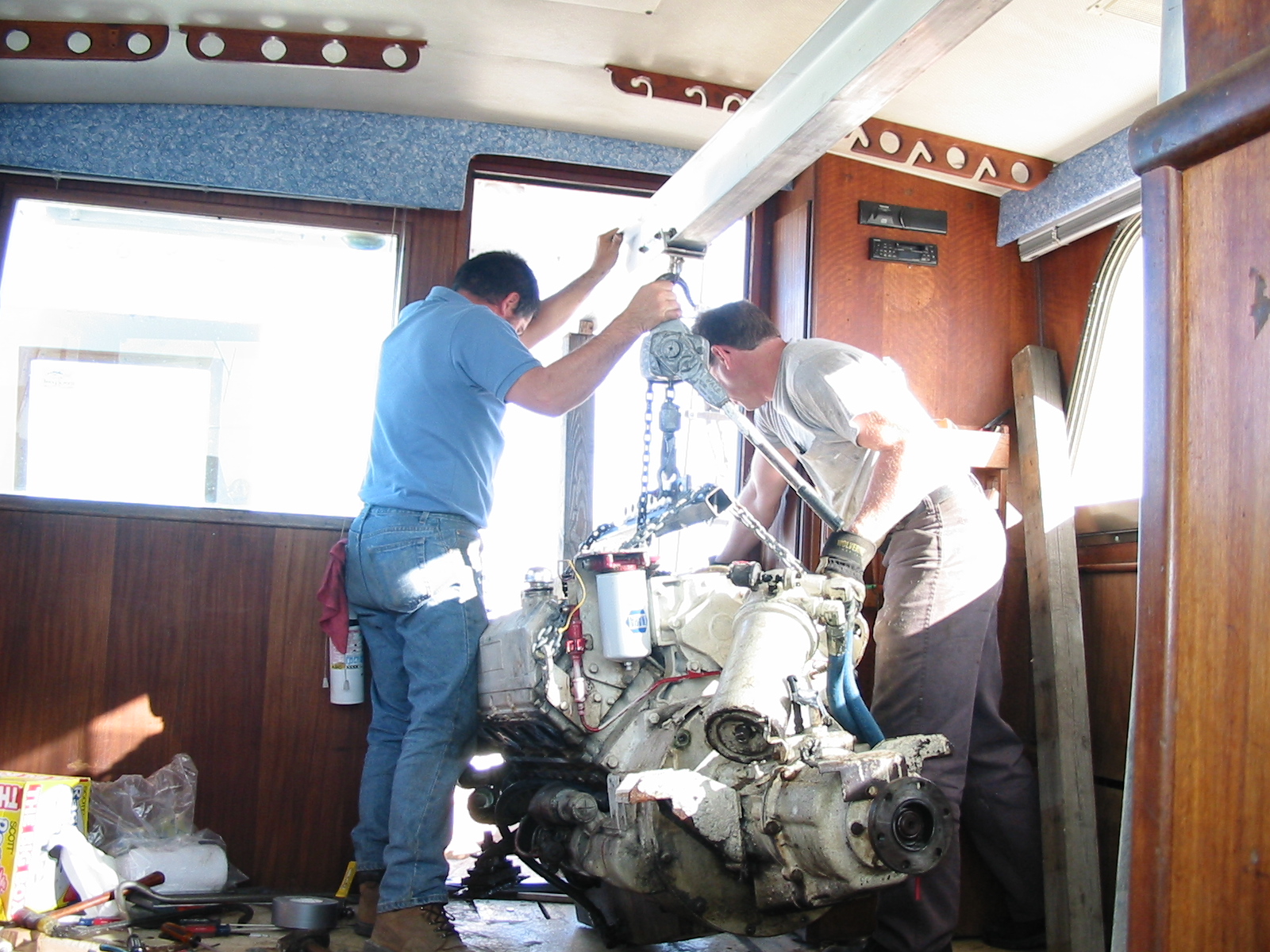 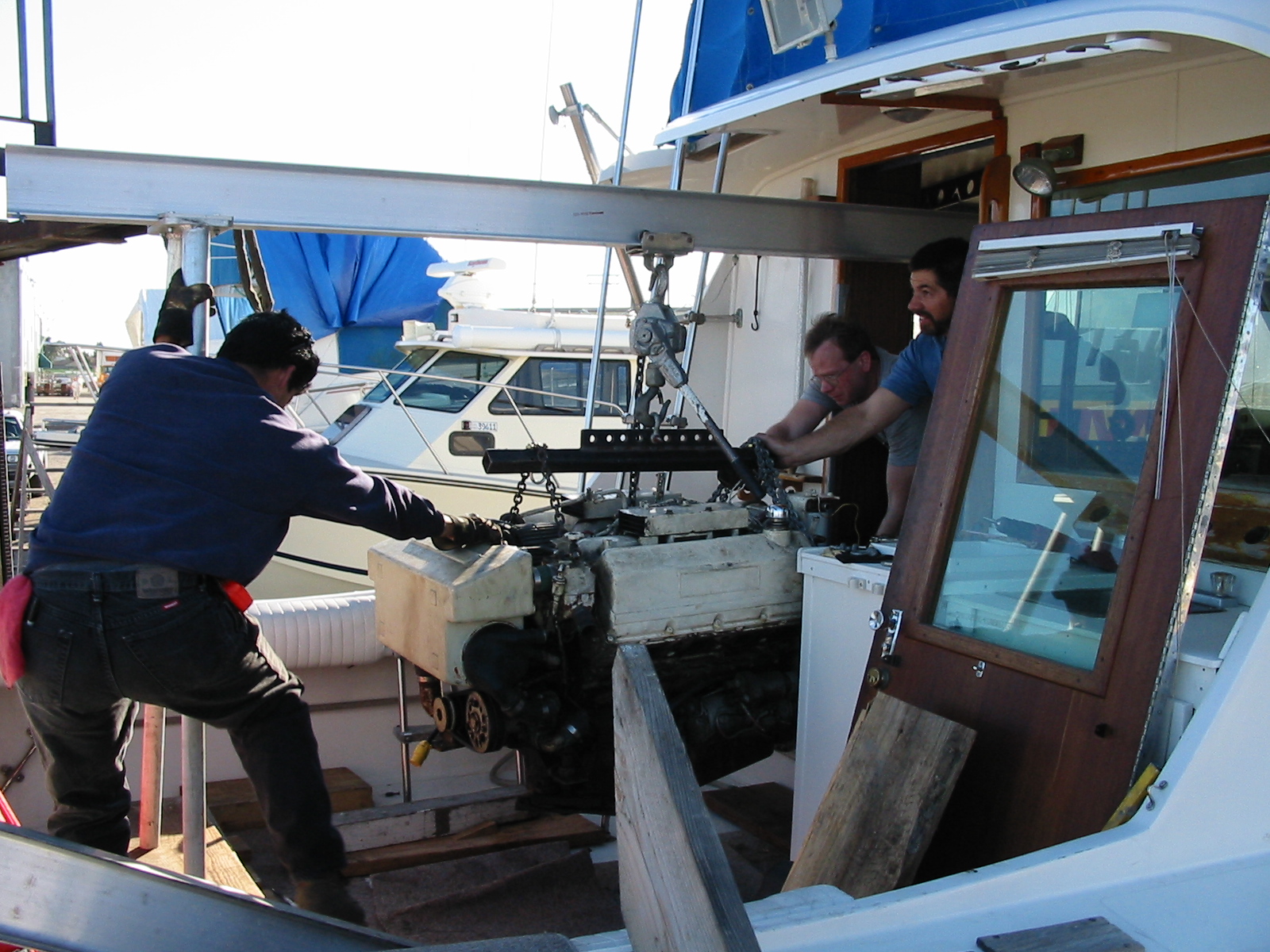 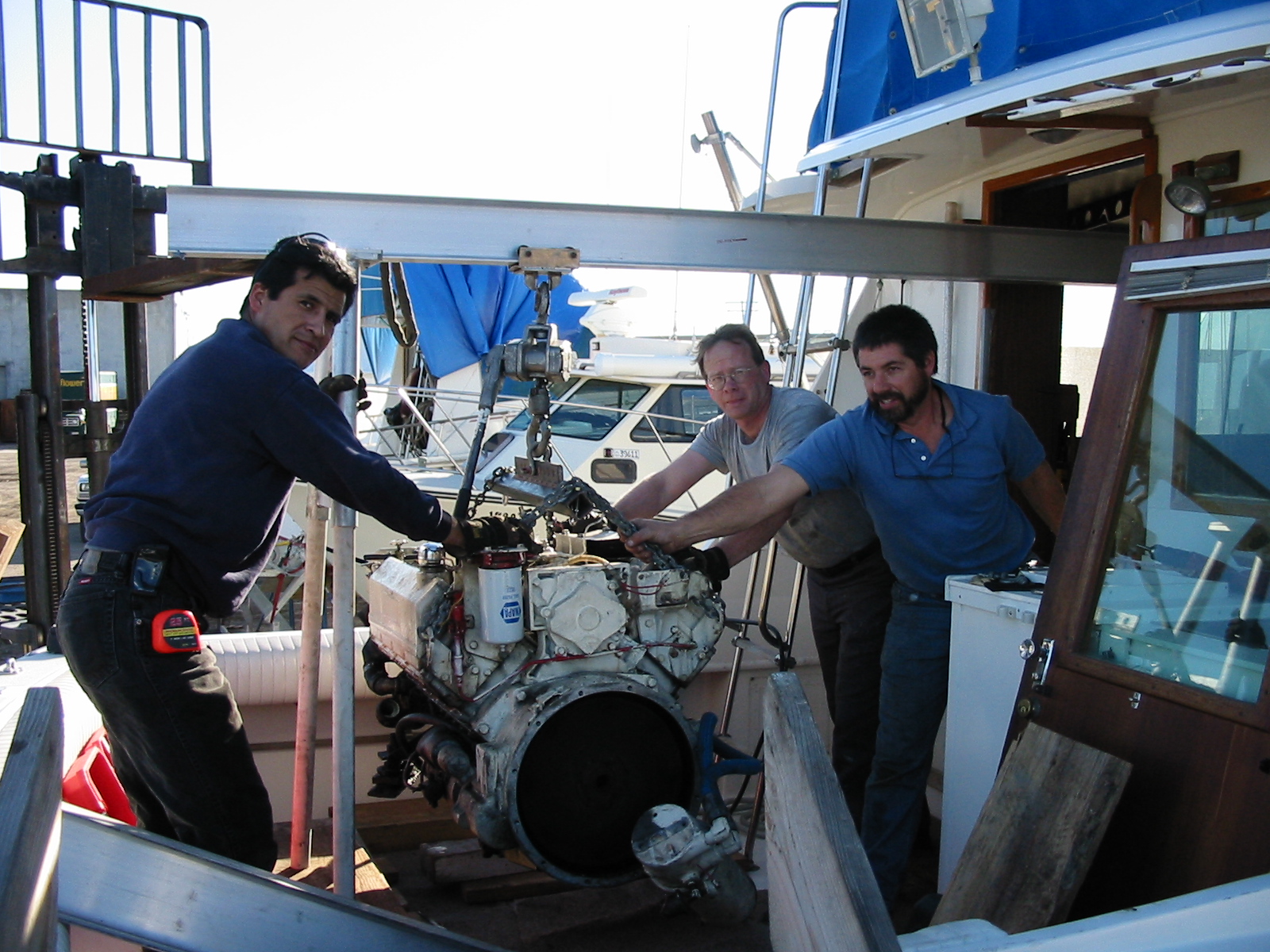 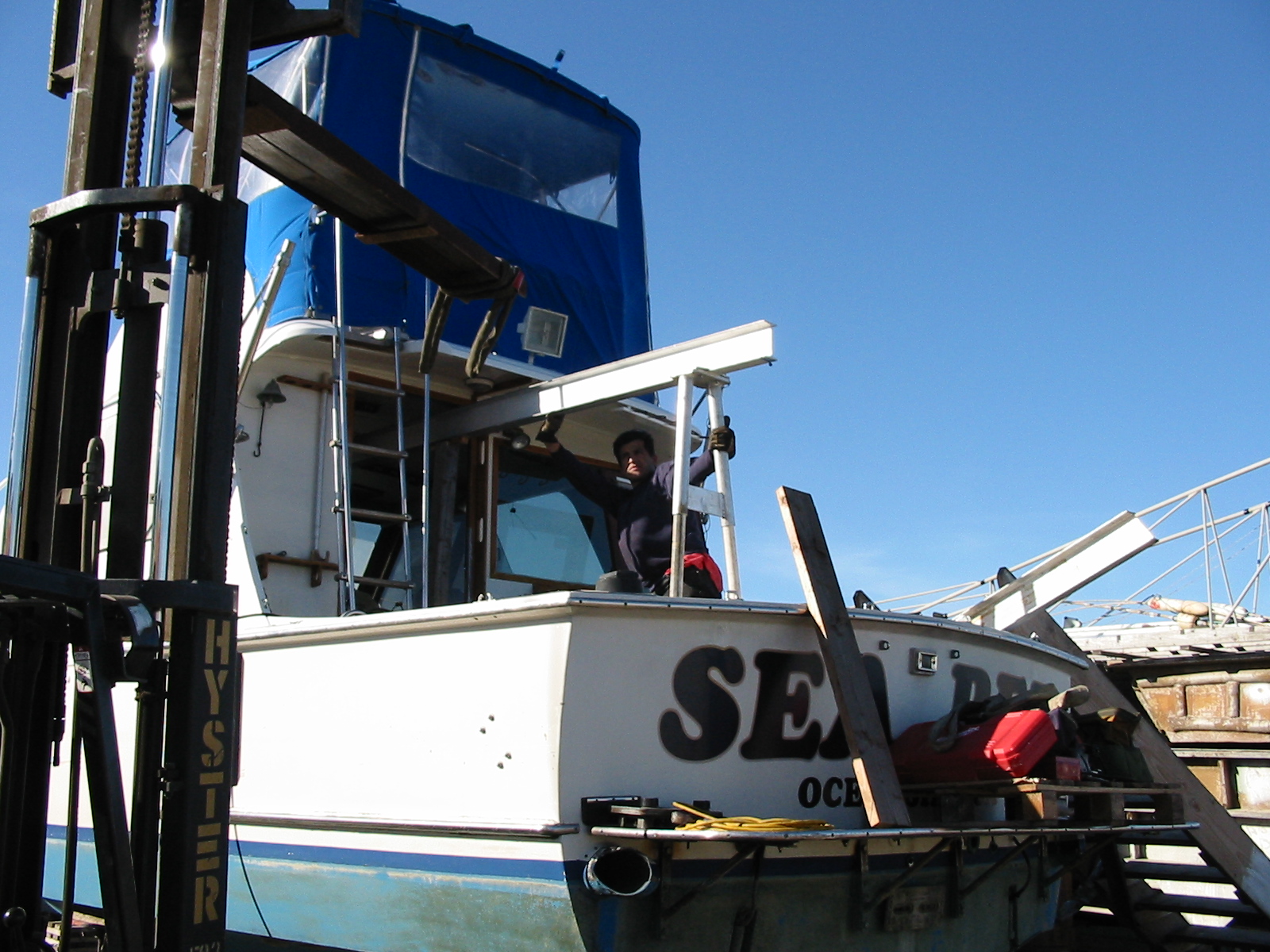 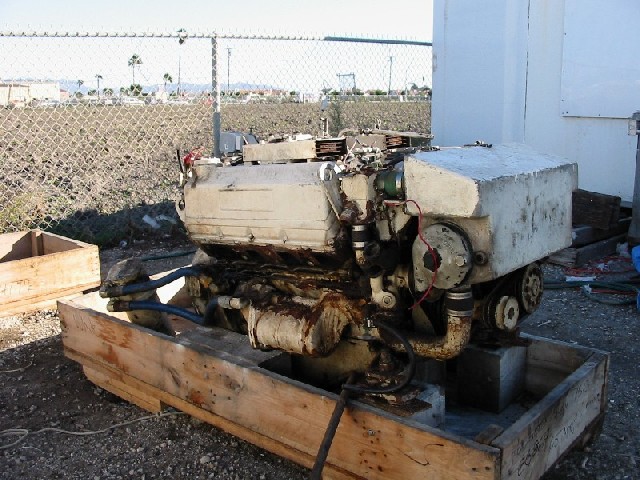 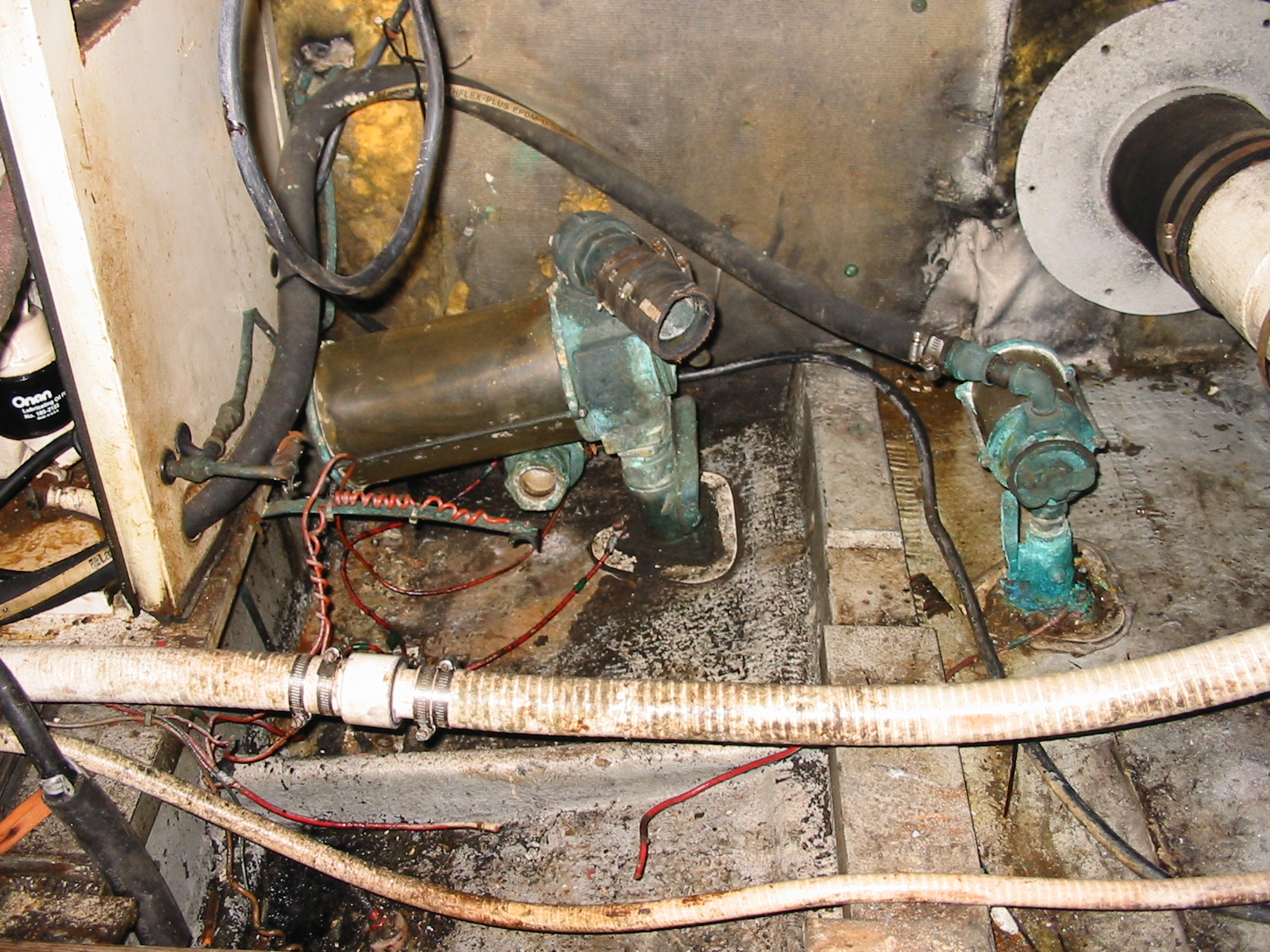 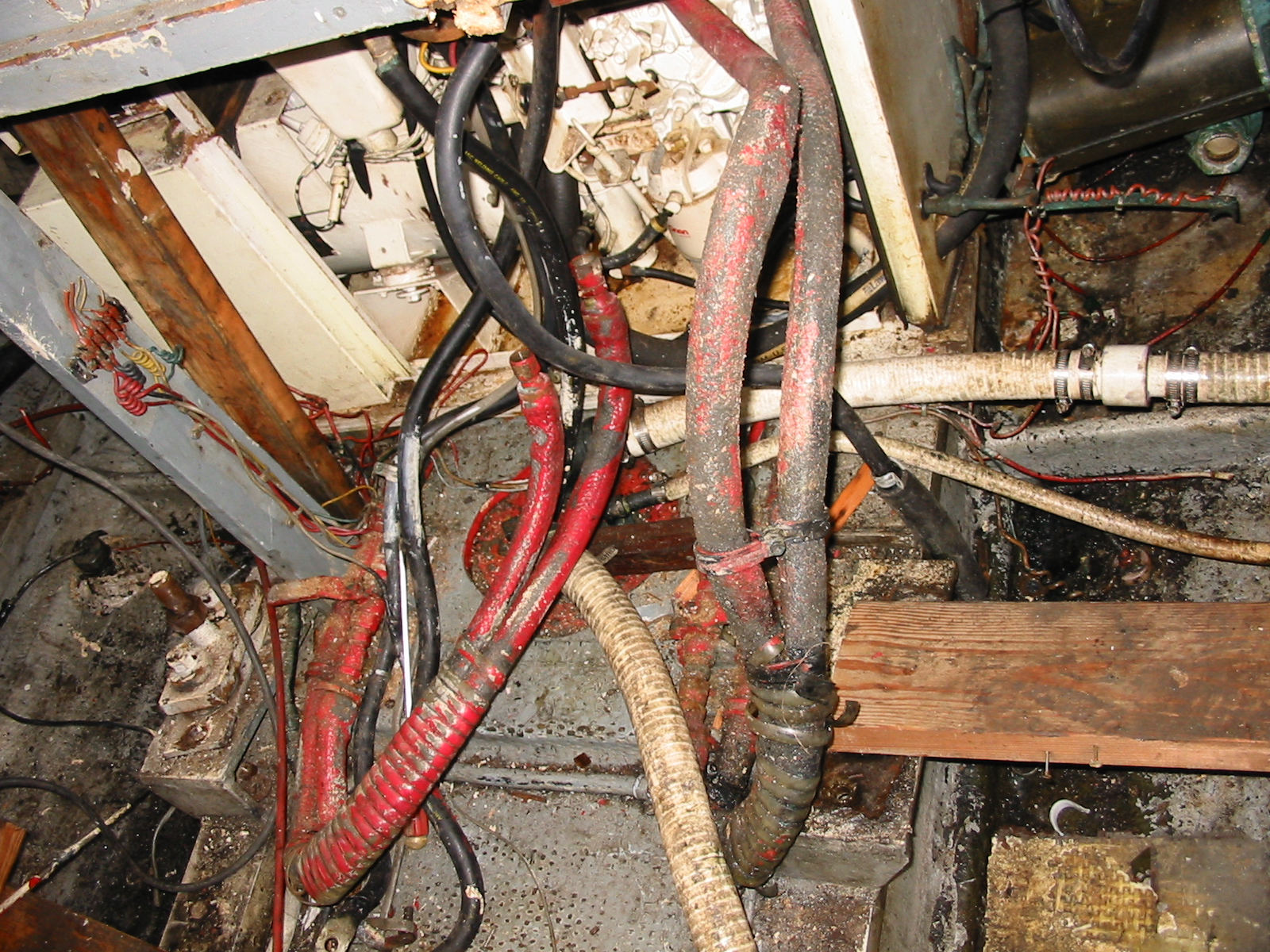 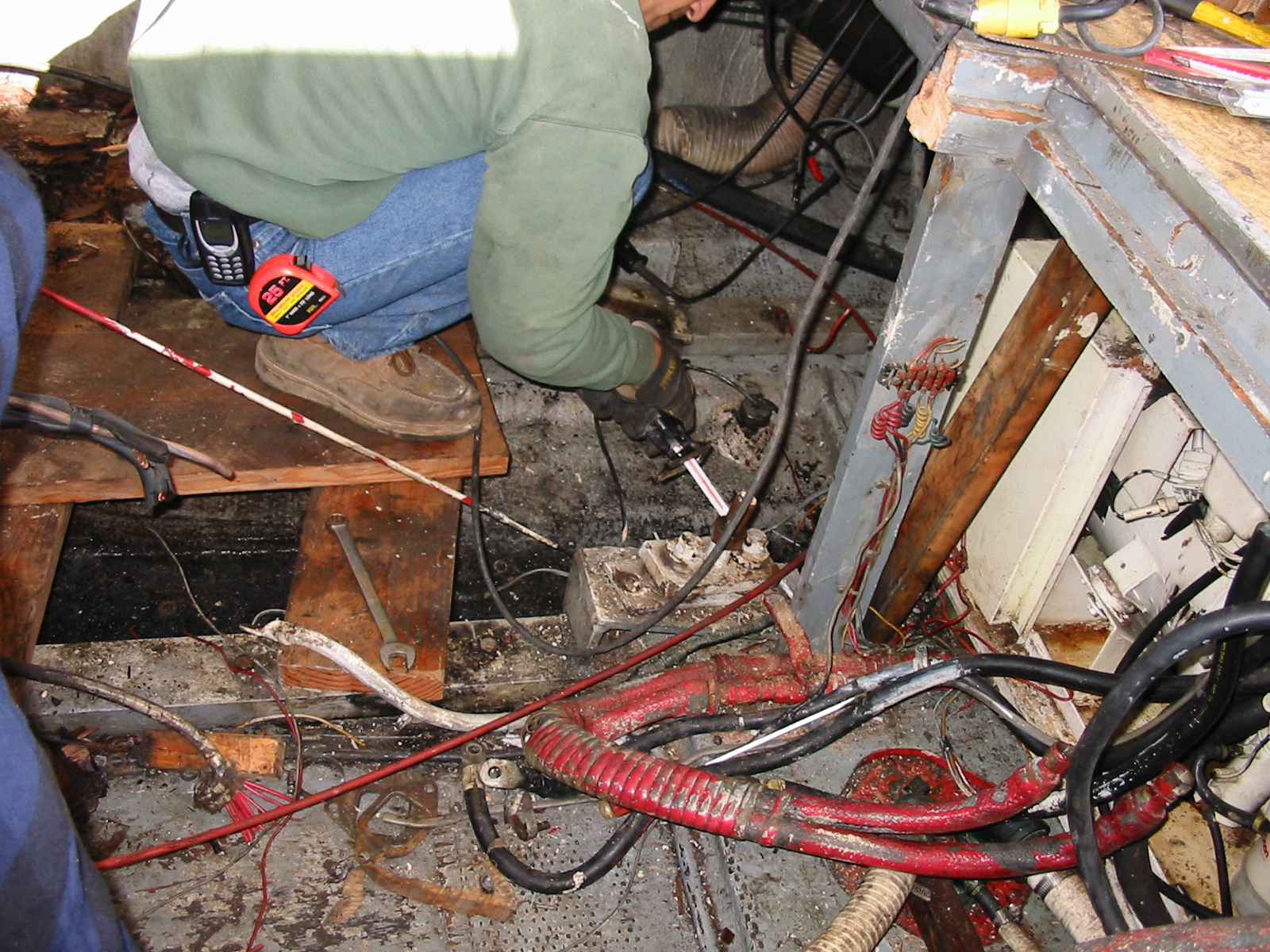 I guess the owner forgot just what was under those old Cummins. Talk about UGLY, UGLY, and UGLY. 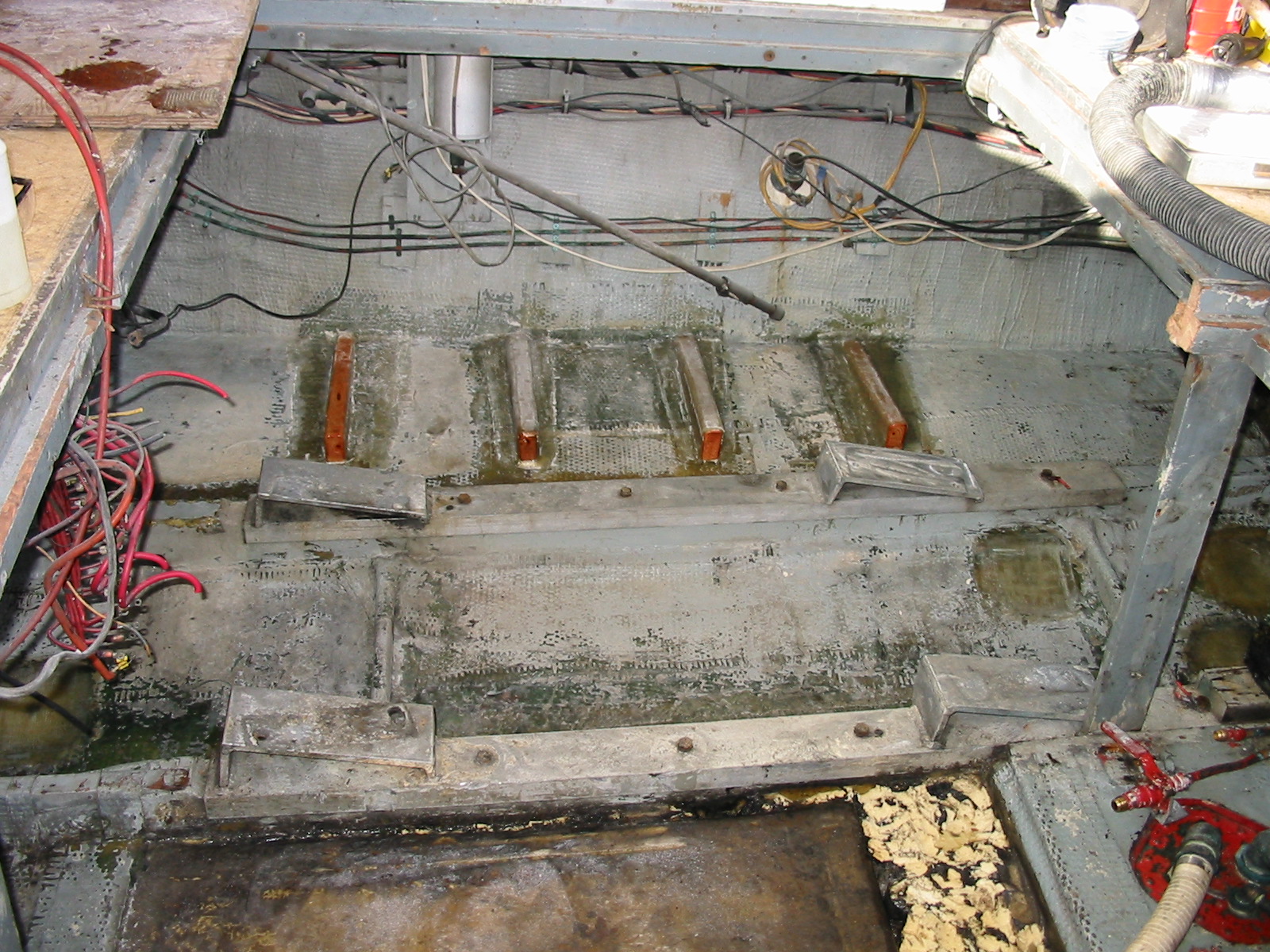 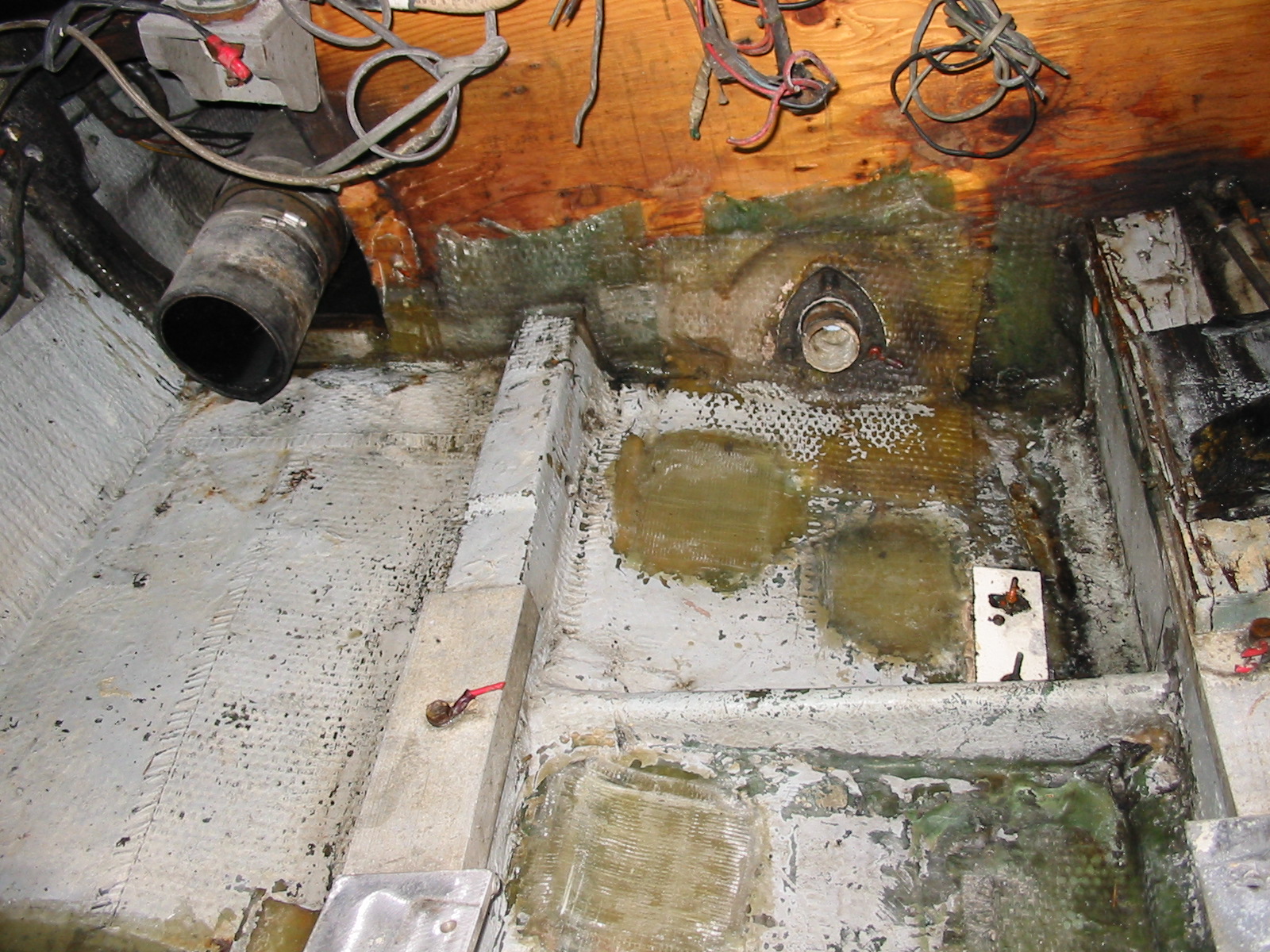 Some grinding, patching, and glass work.

After all the prep work was done, the lift-in and placement was easy. BTW, we chose the Cummins 370 Diamonds for many reasons. Good fit, loads of power, great track record and the owner was all ready sure of Cummins reliability, service and support. 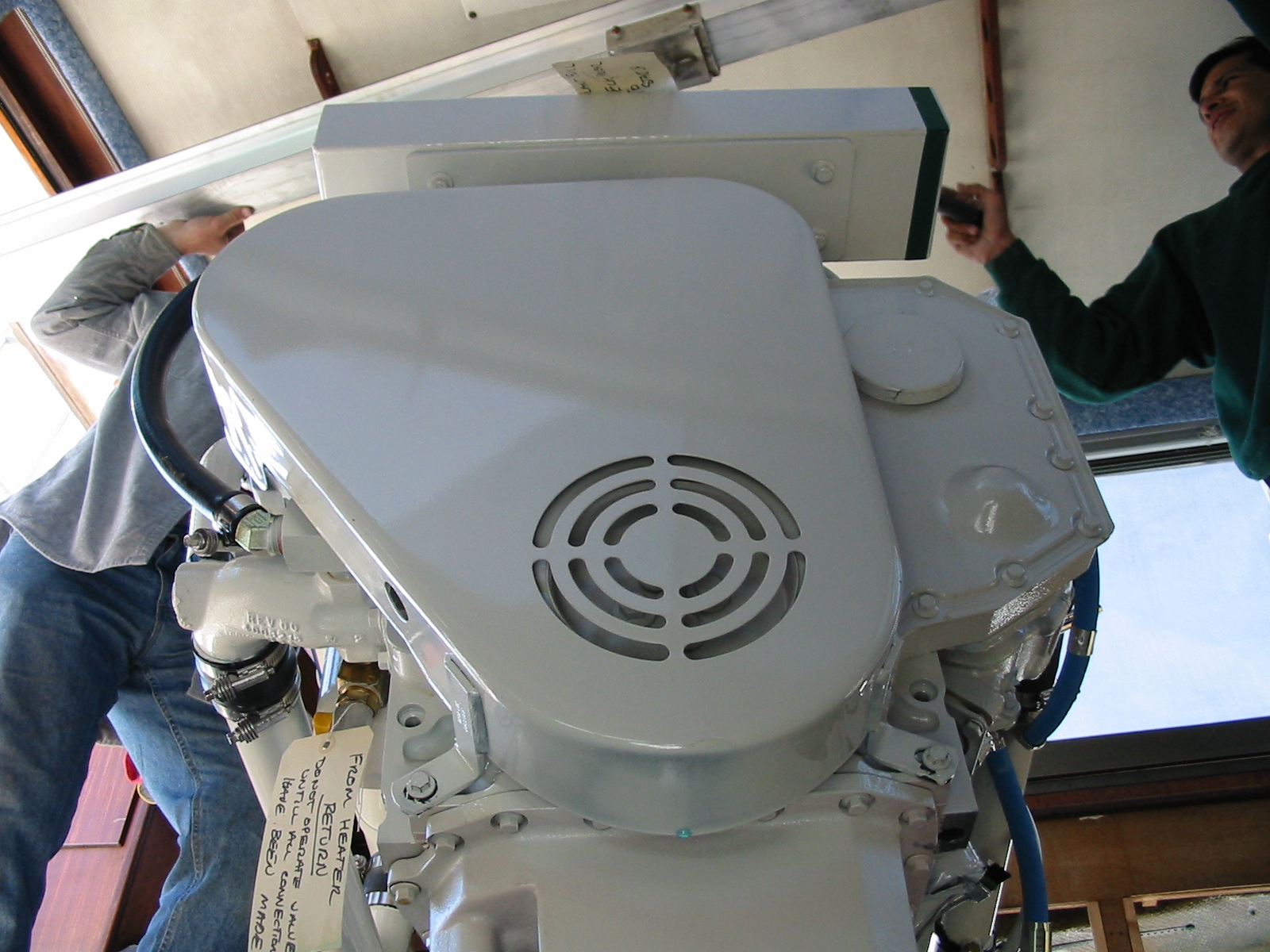 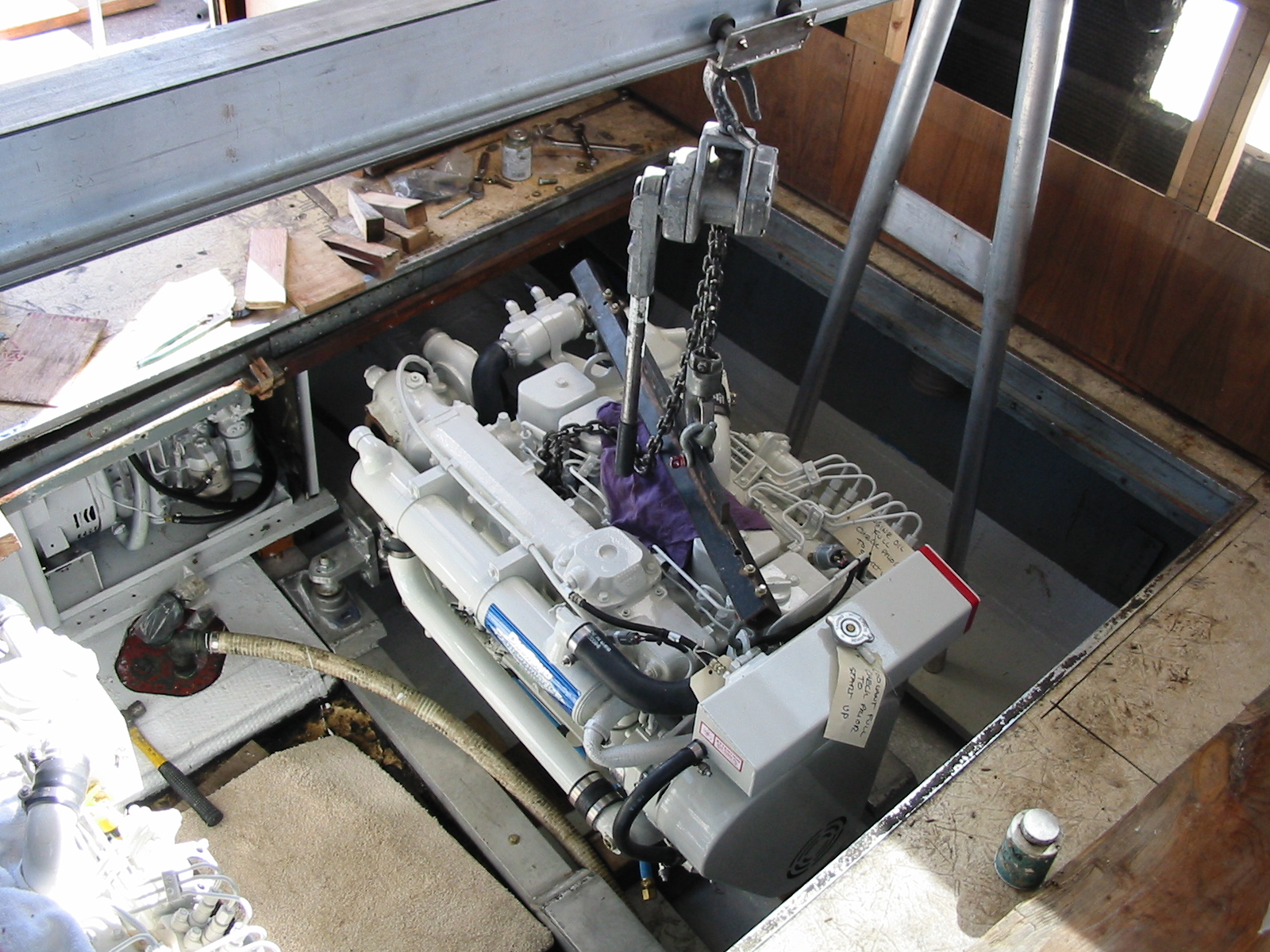 Below are a few pictures from around the new engine room.. Don’t ask me why there was still an old hose hanging around in one of those pics. 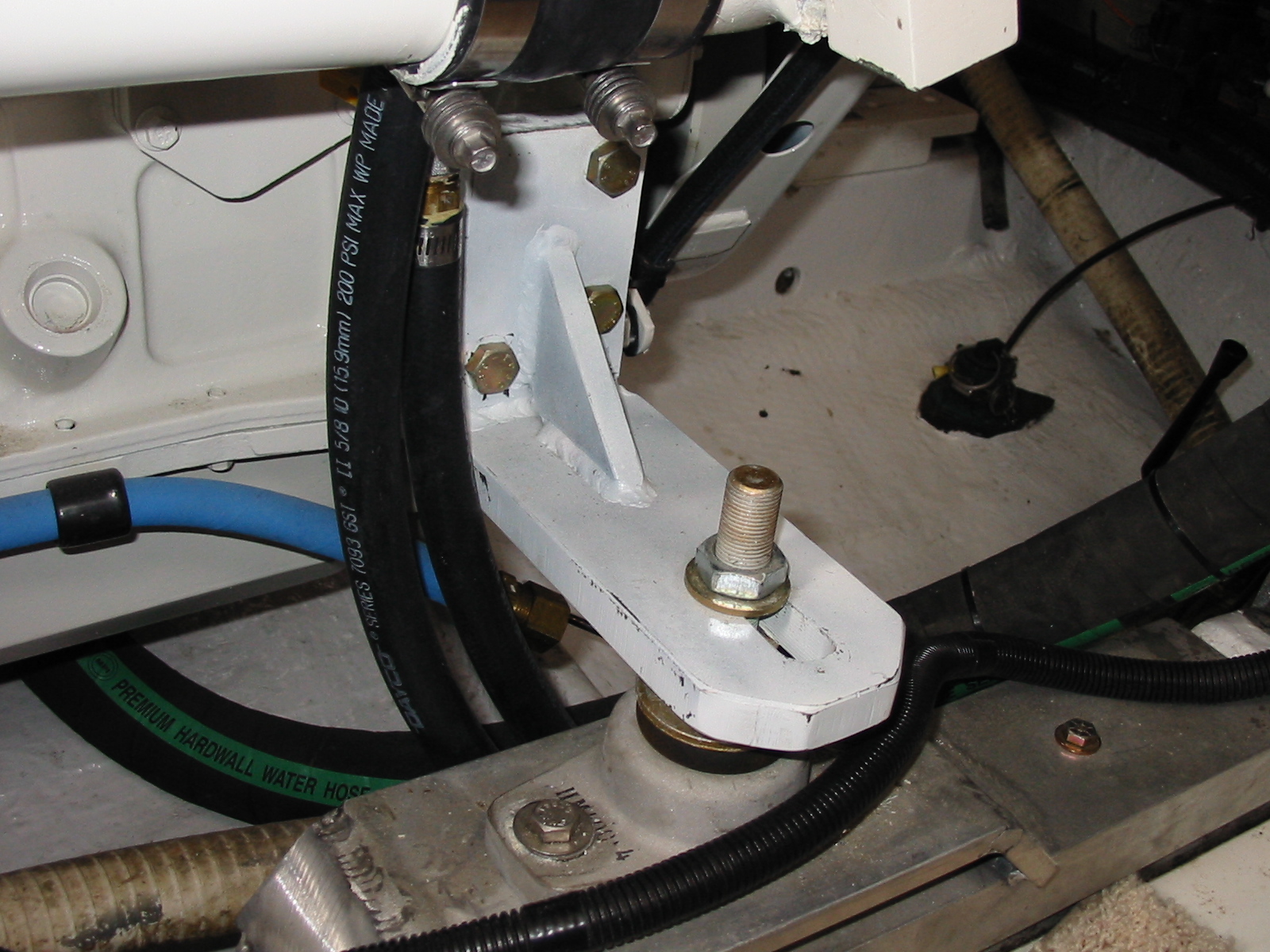 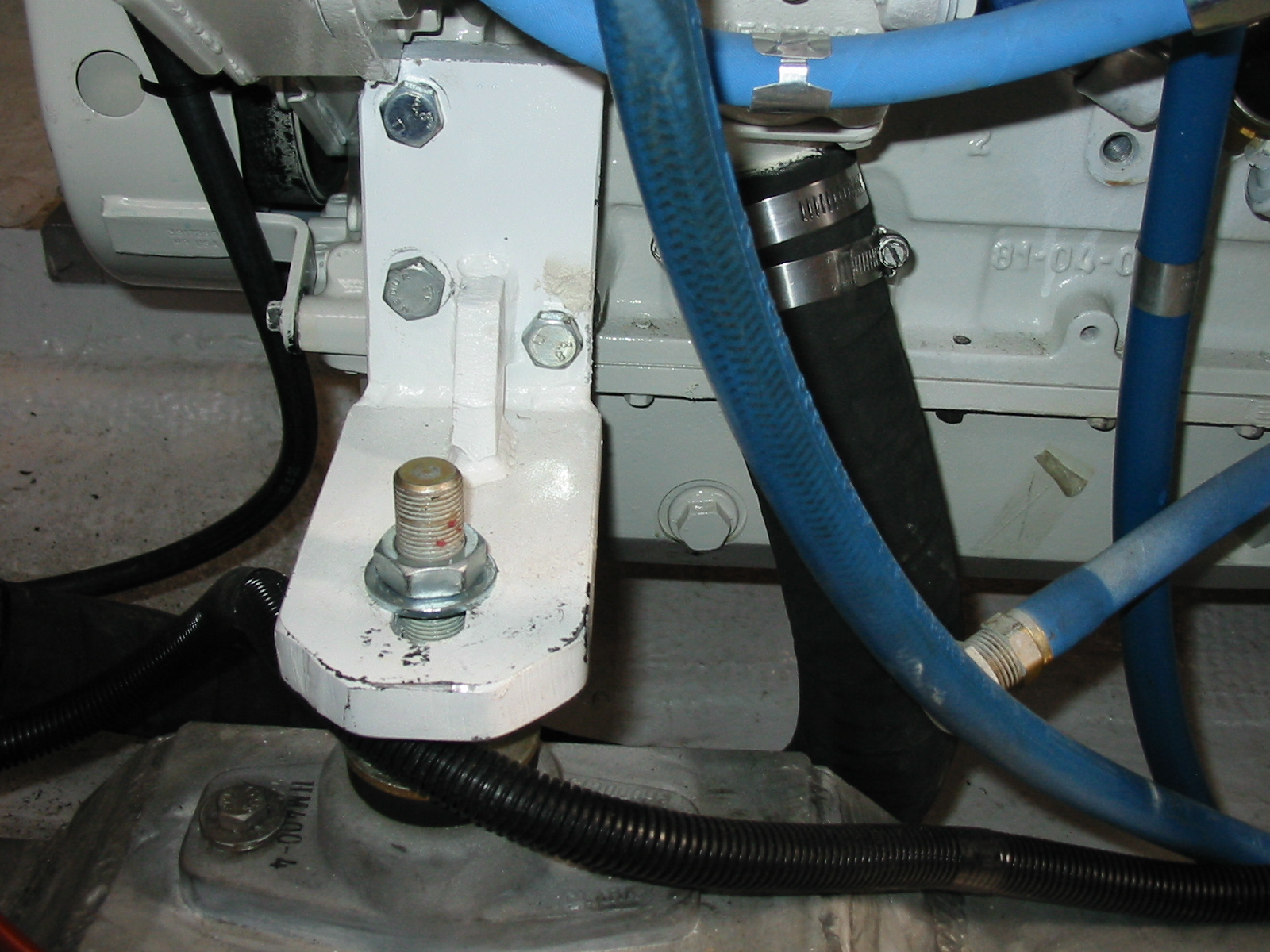 Front mounts on the 370 Diamonds.. Much better access than stock brackets that are in the way of “everything”. 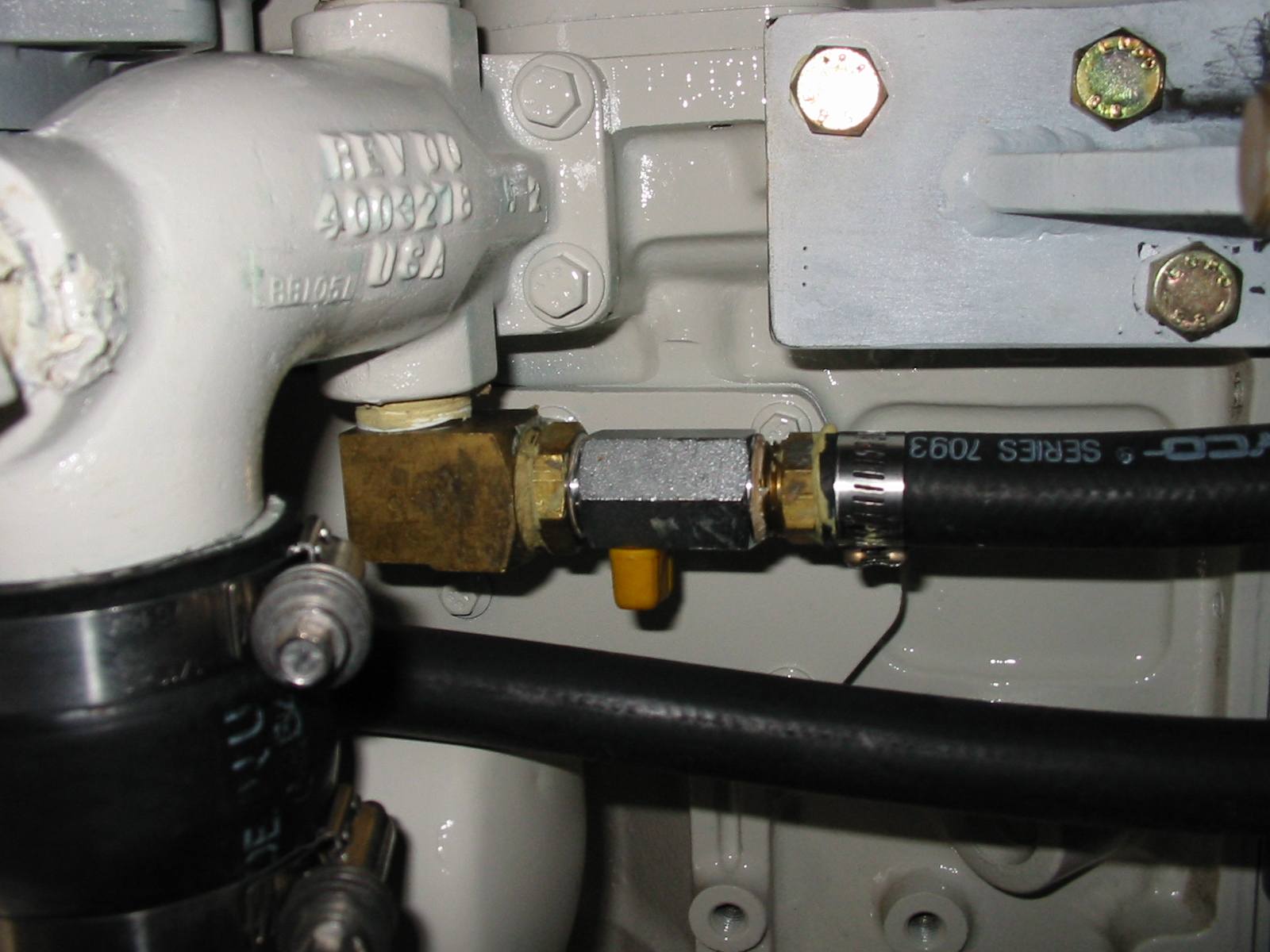 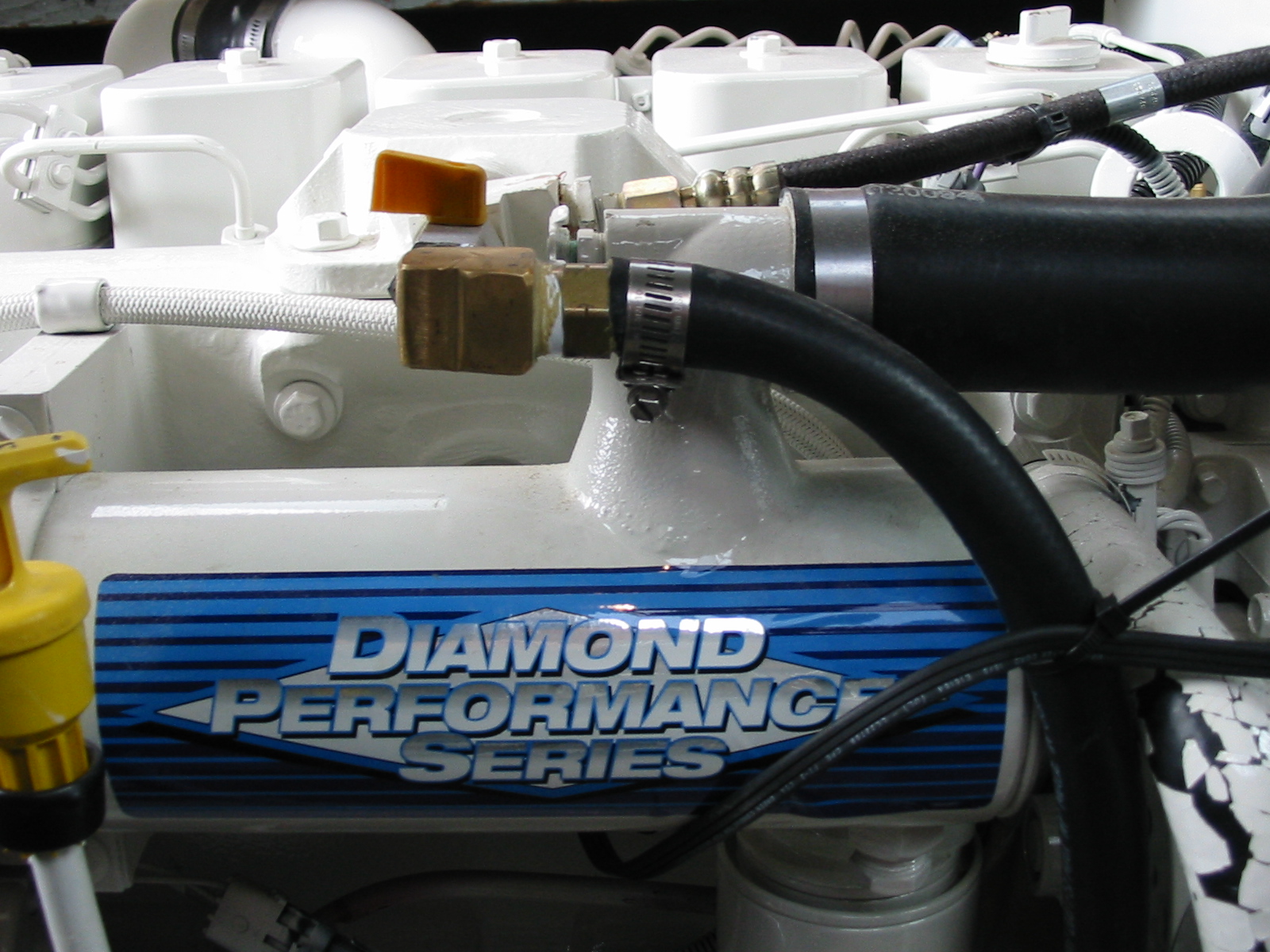 These two pics show the “heater” hook-ups on a “B” series Cummins.
Always use high quality fittings and valves to isolate your off engine water heater should the need arise. 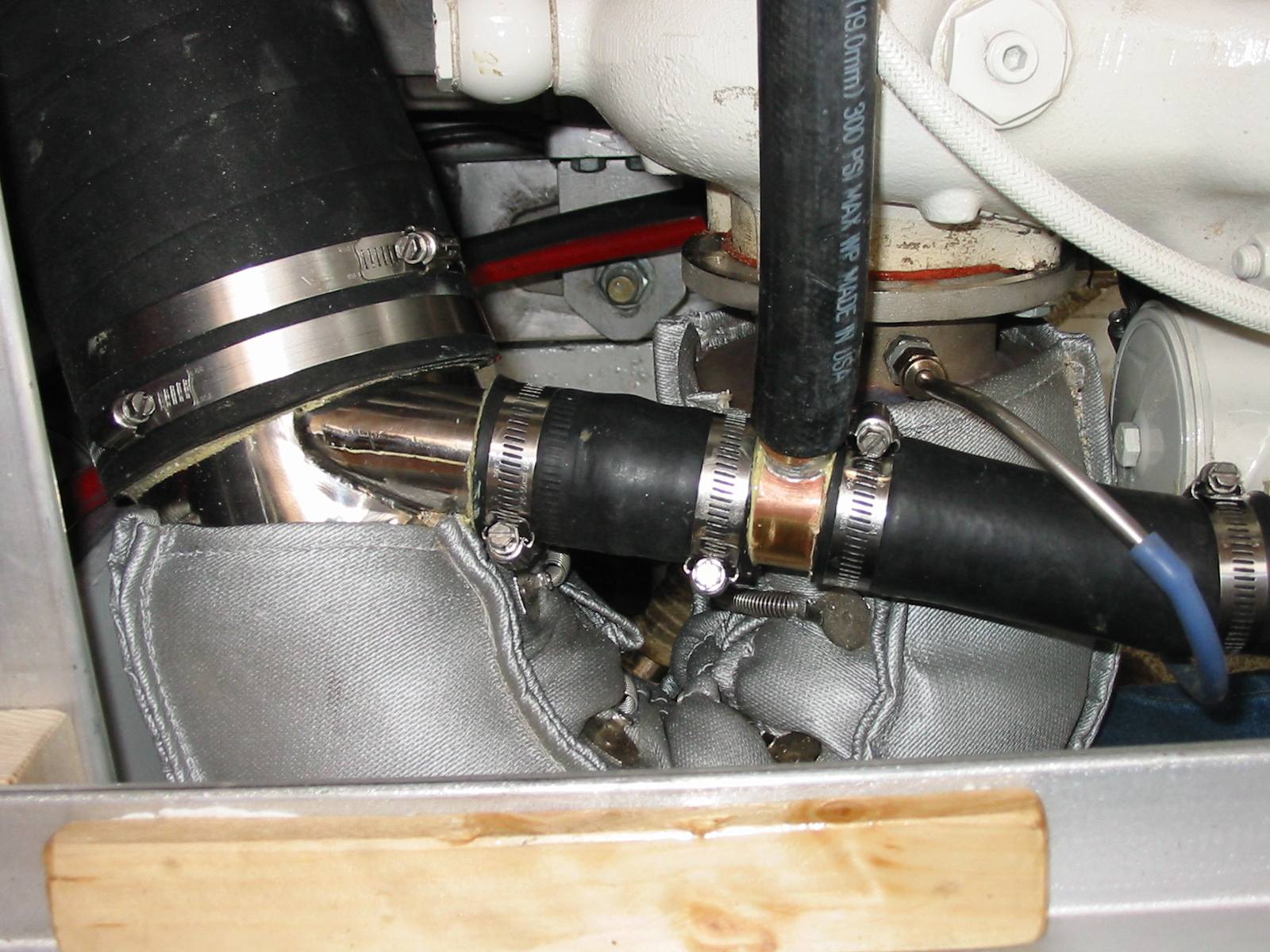 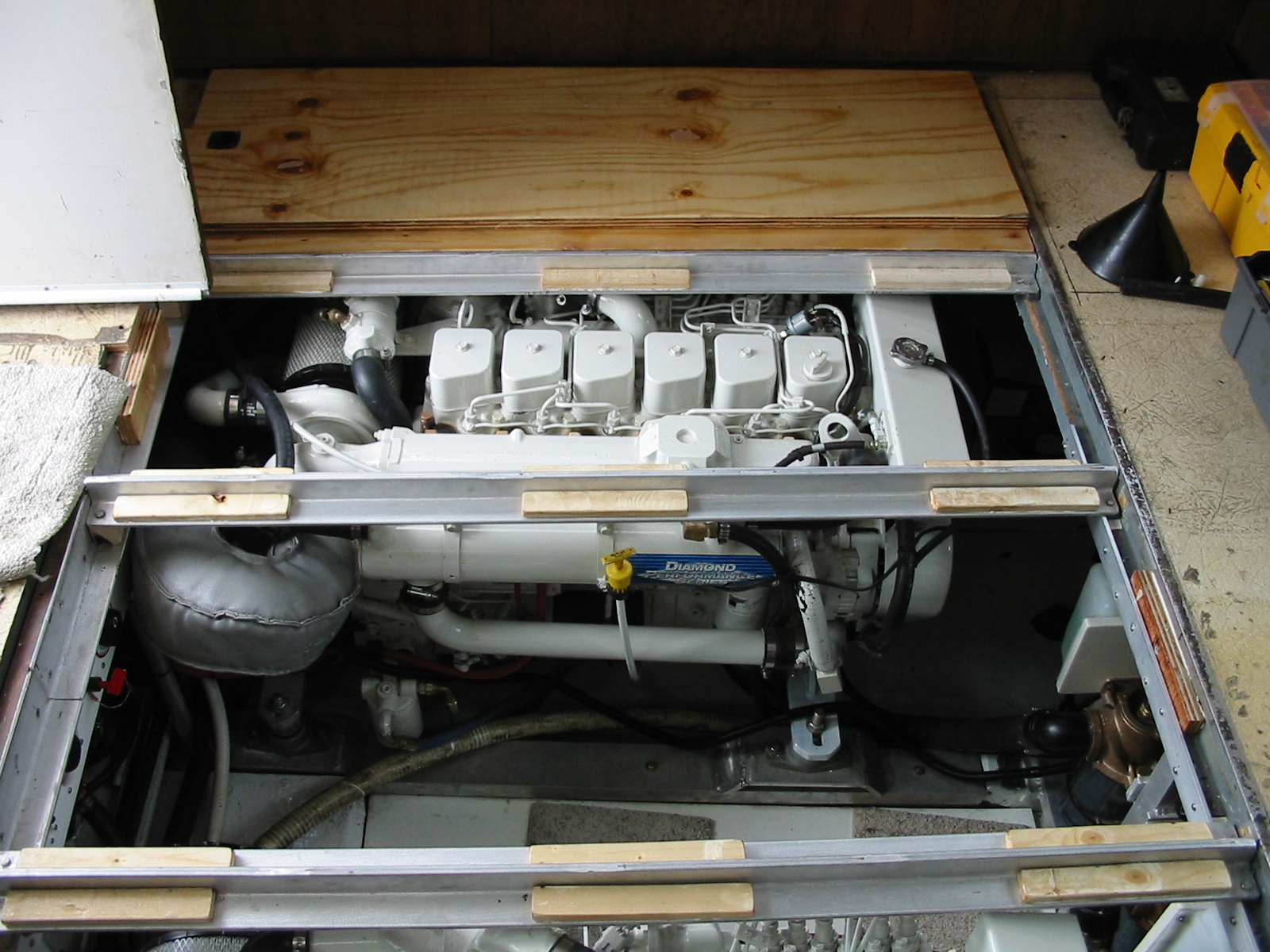 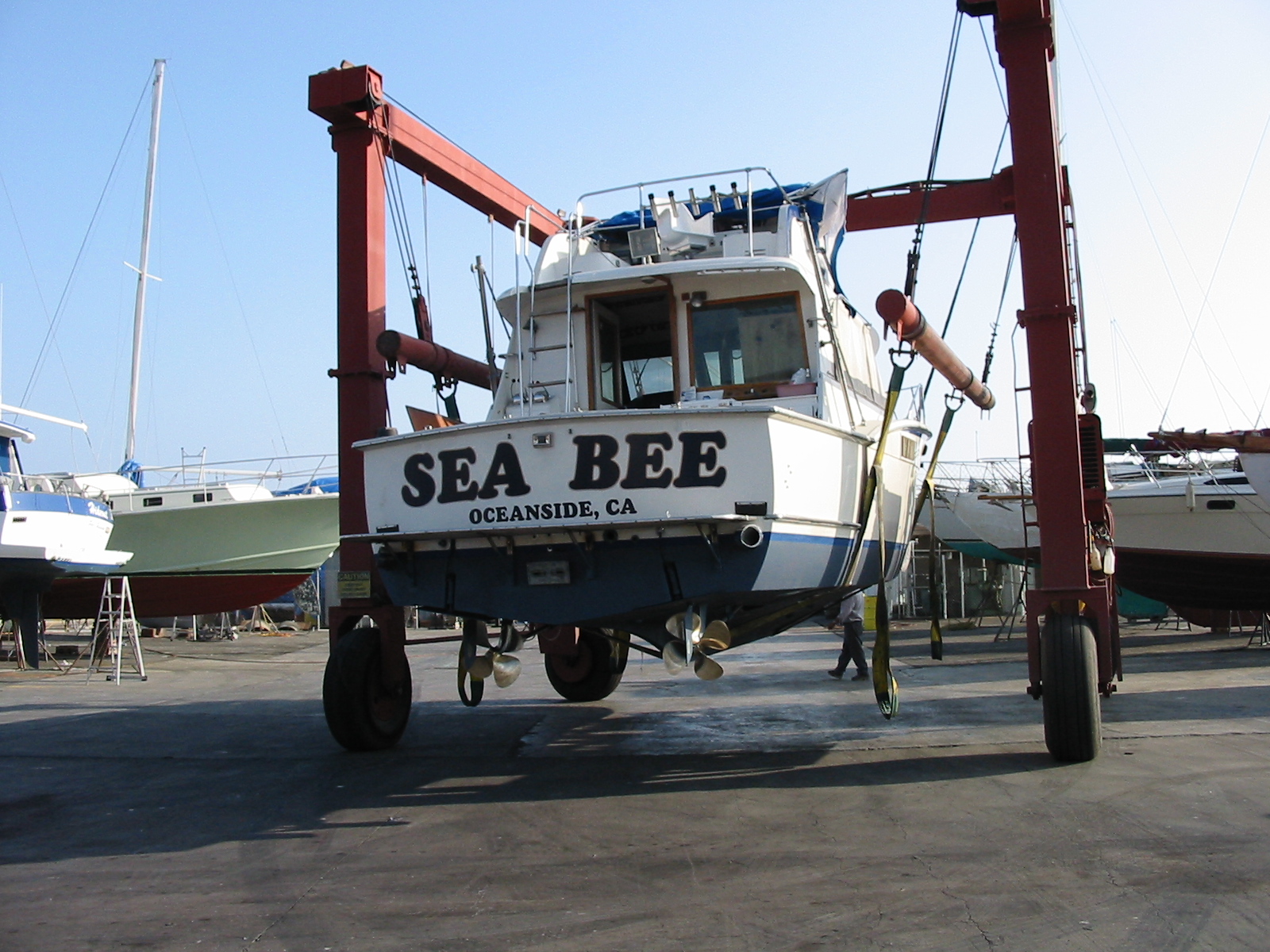 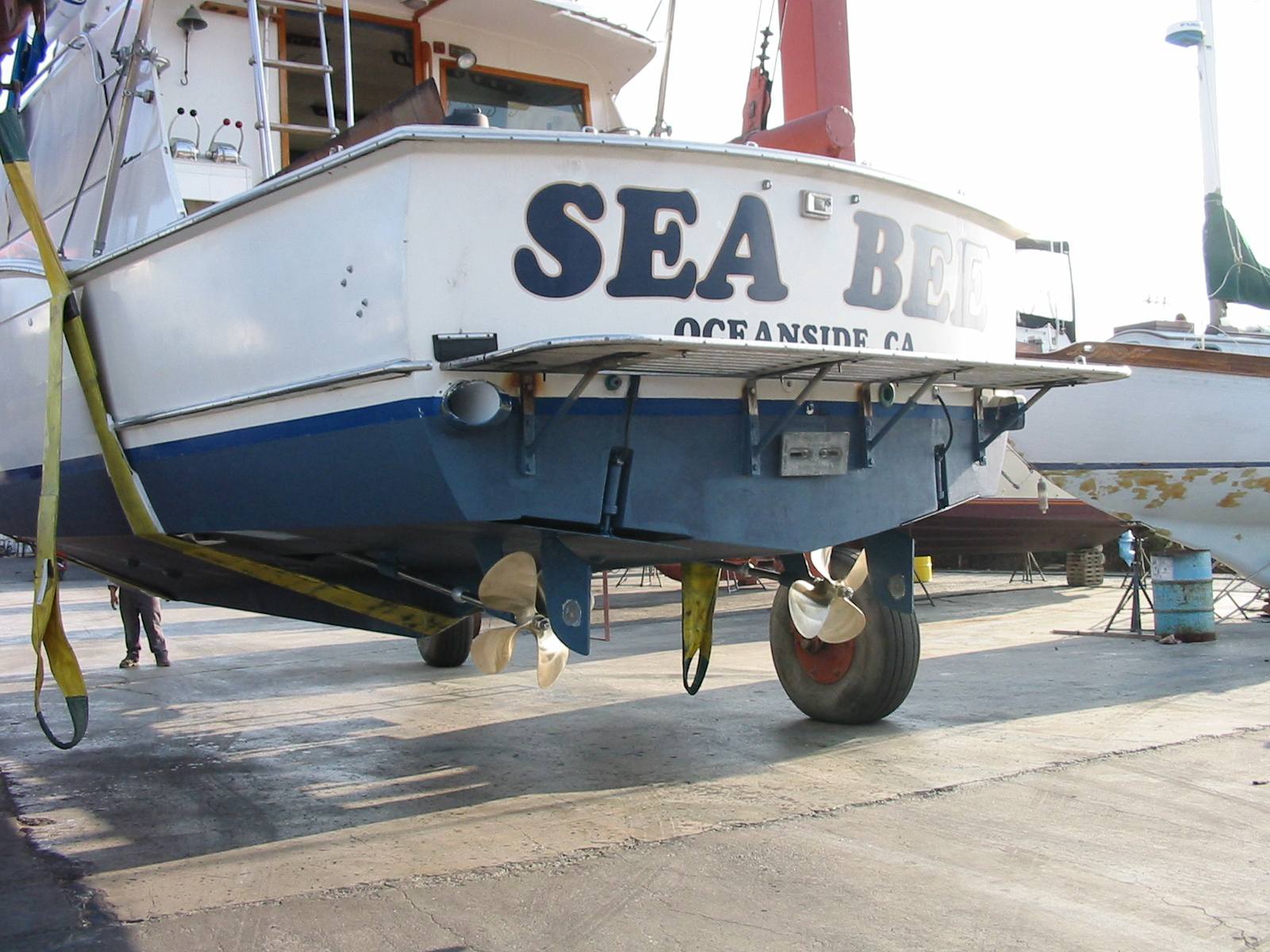 And a note from Frank after the dust really settled:

Finally got some numbers. Crew of 4 loaded with gear for an albacore run into Mexico. Fuel and water tanks about one half full. One hundred lb. ice and 300 lb. fish. Two foot swell with 10 knot cross wind. Logged 199 miles and used 194 gal fuel. Approximately 170 miles cruising at 22-2400 RPM and the remainder trolling with one engine at 11-1200 RPM.

We only took fifth place!

We did get Mexican limits though…

Got about 88 hours on the engines as of 7/22. Hope to make a run out past San Clemente this Saturday for more albacore. All our new stuff is running great. My AP quit on this last trip. What AP would you recommend for my boost?

Hope things are going well up there,