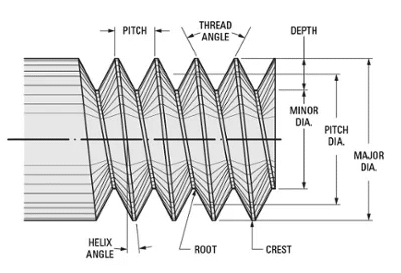 When researching different types of screw threads, you will encounter some basic terms:

Using the information above, you will be able to read and understand a screw thread callout when shopping for a replacement.

It’s important to identify the specific thread type you need in order for your equipment to function at its best. Pneumatic components such as air cylinders, valves, and air preparation units come equipped with specific port threads. For example, the pneumatic components we offer in our web store are available with either NPT, PT or G port threads.

Choosing the correct thread type will ensure optimum compatibility with your equipment. At a glance, threads may look similar. But take a closer look and you’ll notice the very subtle differences that would make them incompatible with one another. For example, G threads are not compatible with M threads nor NPT threads because of their differing angles, shapes, and thread pitches (threads per inch). 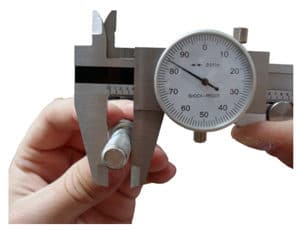 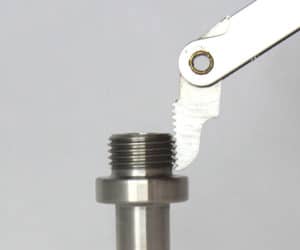 Every matched pair of threads, external and internal, can be described as male and female. For example, a screw has male threads, while its matching hole (whether in nut or substrate) has female threads. This property is called gender. 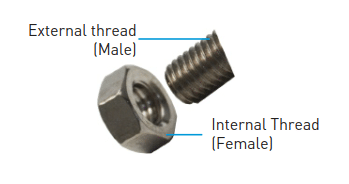 Next, determine if the thread is tapered or parallel. Tapered threads become narrower as they extend outward while parallel threads remain the same diameter. Sometimes this characteristic can be determined through visual inspection, but if not a caliper can come in handy. Use the caliper to measure the first, fourth, and final full thread. If the measurements are all the same, then it’s parallel. If the measurements decrease in size, then it’s tapered.

The pitch is the distance from the crest of one thread to the next in mm. TPI (Threads per inch) is used by inch thread. 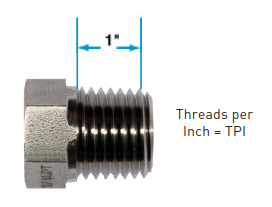 The NPTF is a dryseal thread. The male thread mates with the female thread and a seal is formed when the two are crushed together i.e. threads deformation. Teflon and pipe dope are commonly used when additional sealing is needed. Although this connection is widely used in fluid piping systems, the National Fluid Power Association (NFPA) does not recommend it for hydraulic applications.

NB: Although the NPTF connector and BSPT connector are similar in appearance, the two are not interchangeable.

The BSPP male end has a 300 seat. The tapered nose of the female swivel seals on the 300 seat of the male. Although the male end is similar to the American National Pipe Straight Mechanical (NPSM) male, the two are not interchangeable because their thread pitches are different.

The tapered male of the BSPT mates with a tapered female. The seal takes place on the threads. Although the BSPT male end is similar to the National Pipe Tapered Fuel (NPTF), the two are not interchangeable because their thread form and sizes are different.

The male connector of the ISO 6149 connection has an O-ring and a straight thread. The female half has a machined surface, a chamfer, and a straight thread. The O-ring on the male sits on the chamfer of the female port. The ISO 6149 connection is similar to the SAE J1926-1O-ring Boss except that the former has metric threads. The O-ring on the male connector is compressed into the chamfer to create a seal. The straight threads engage to form a mechanically strong connection.