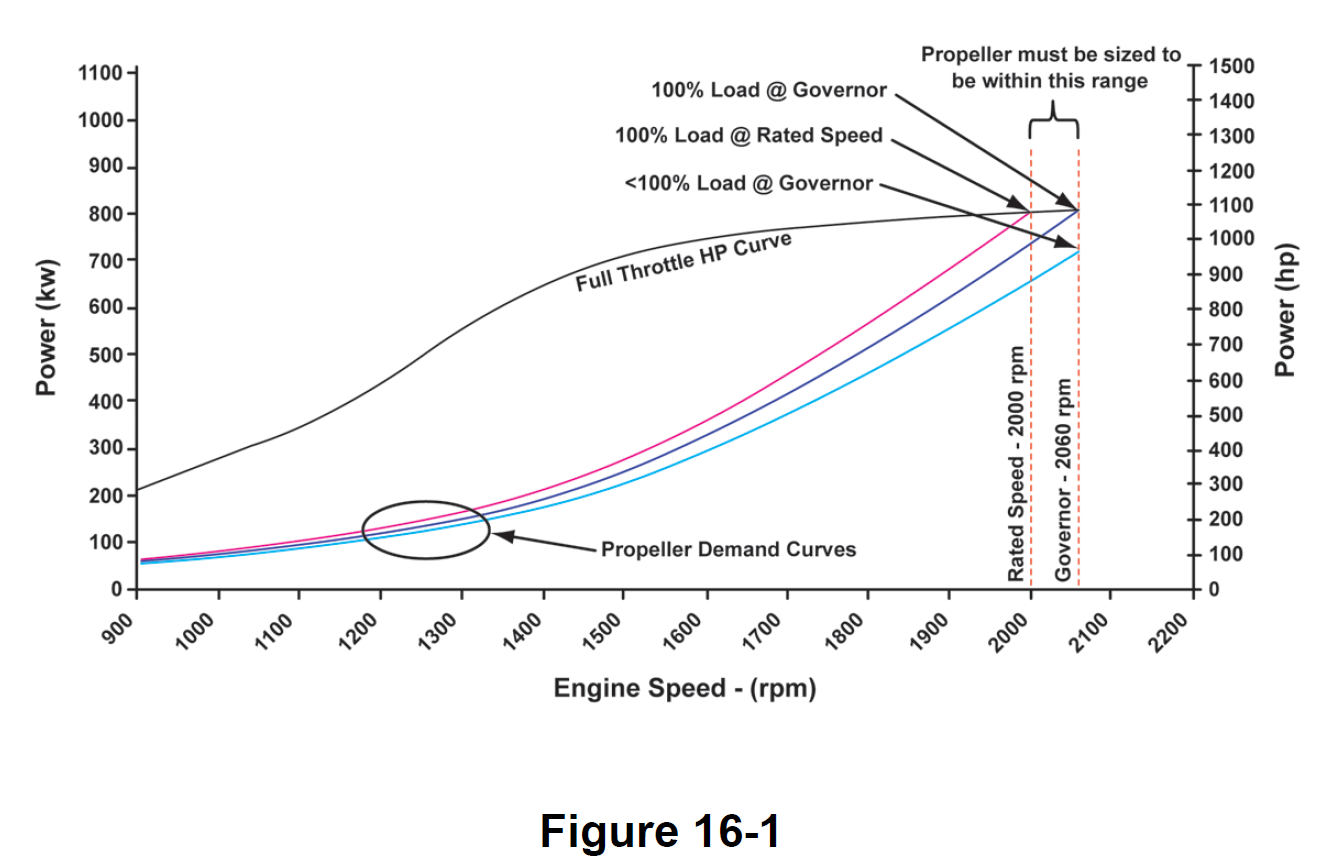 It is Cummins recommendation that the ideal propping point is to achieve 75 to 100 rpm over rated speed. This maximizes performance, efficiency, and durability of the engine. Figure 16-2 provides a sample engine performance curve for a mechanical engine overlaid with propeller demand curves that graphically depict the above.