The customer wanted to be proactive because his existing exhaust system was not doing the right job because it was allowing water back thru the turbo and wanted to be sure the factory elbow had not failed due to “Marine Age”..

He contacted me for some advice and sent a few pics… I told him the only way to know what has been going on is an inspection of the turbo exhaust outlet………. 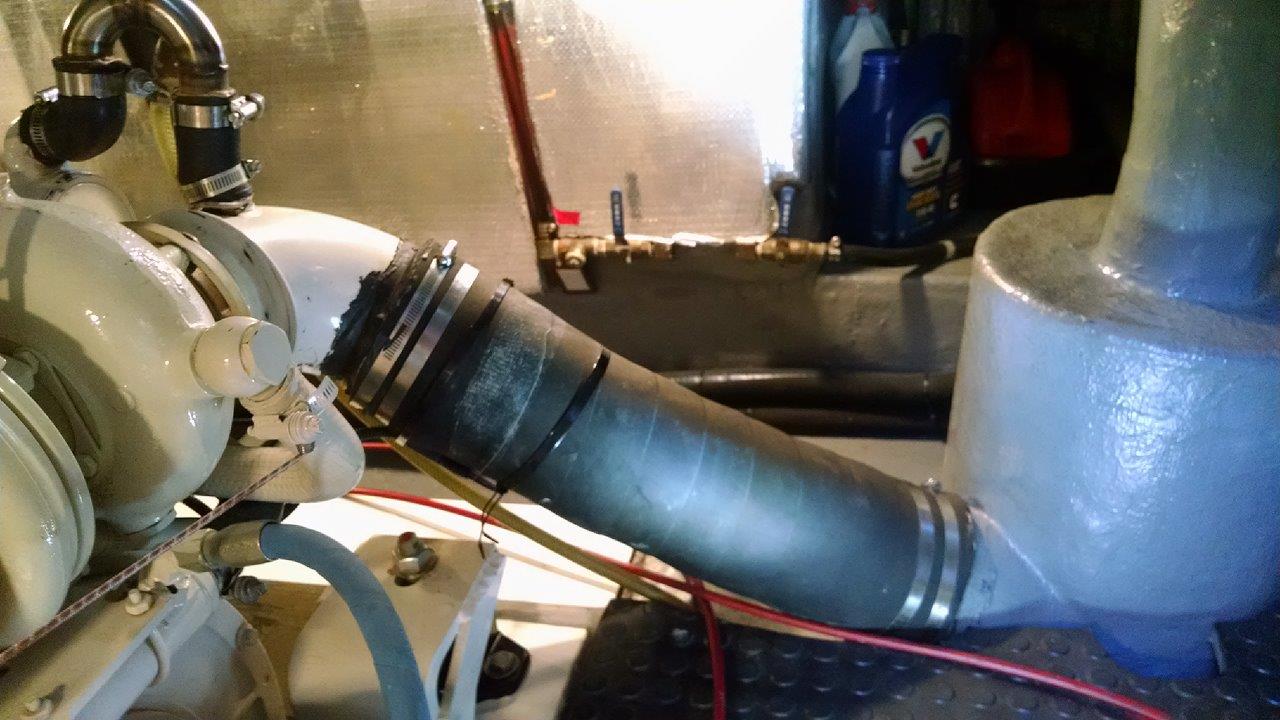 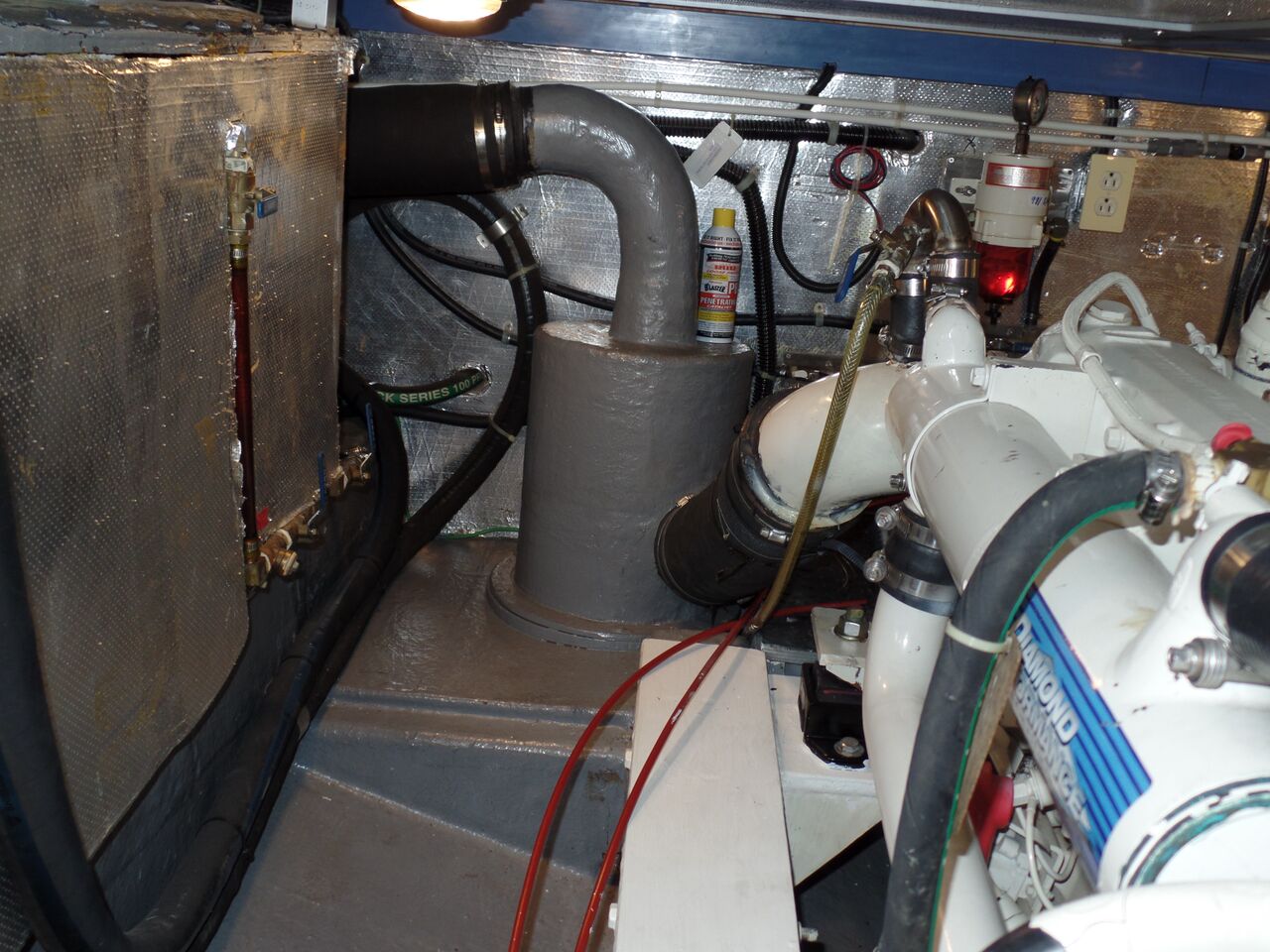 The all important “Inside the Turbo Peek” 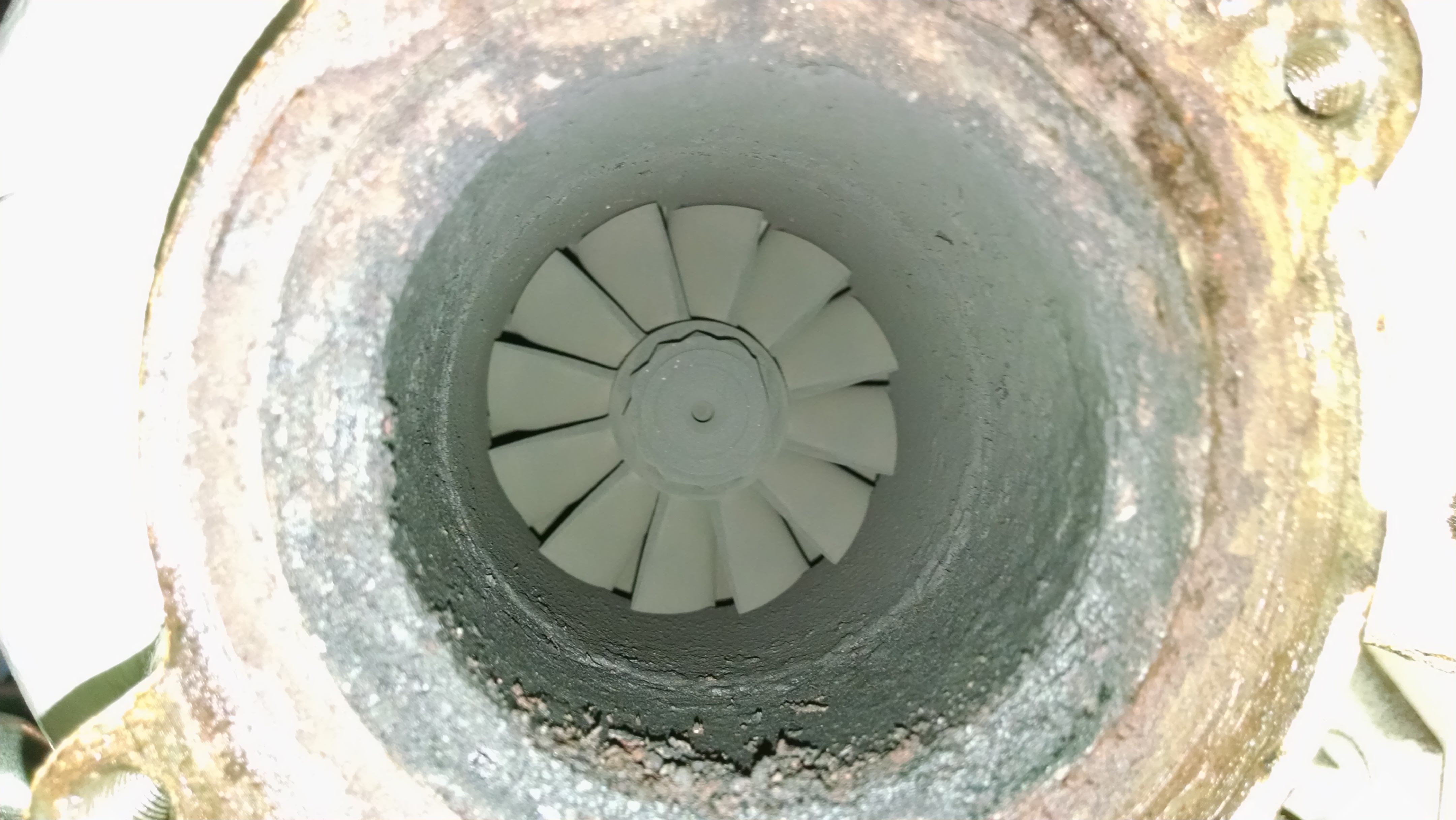 Although it was obvious that saltwater had made it up to the turbo a few times over the years, overall, considering the age and “no-riser design” of the factory system, the turbo was not too bad.

But since the customer could see water had been there and the factory elbow was well up in it’s years, he wanted to go new and add some safety for down the road.

Although this looked quite straight forward as to a job, actually it presented quite a challenge… Normally in a case like this I would make a simple riser and just point it to a point higher up in the lift muffler and then just modify an input to it (move it to a better location) so I could eliminate any elbows and work around any angles. 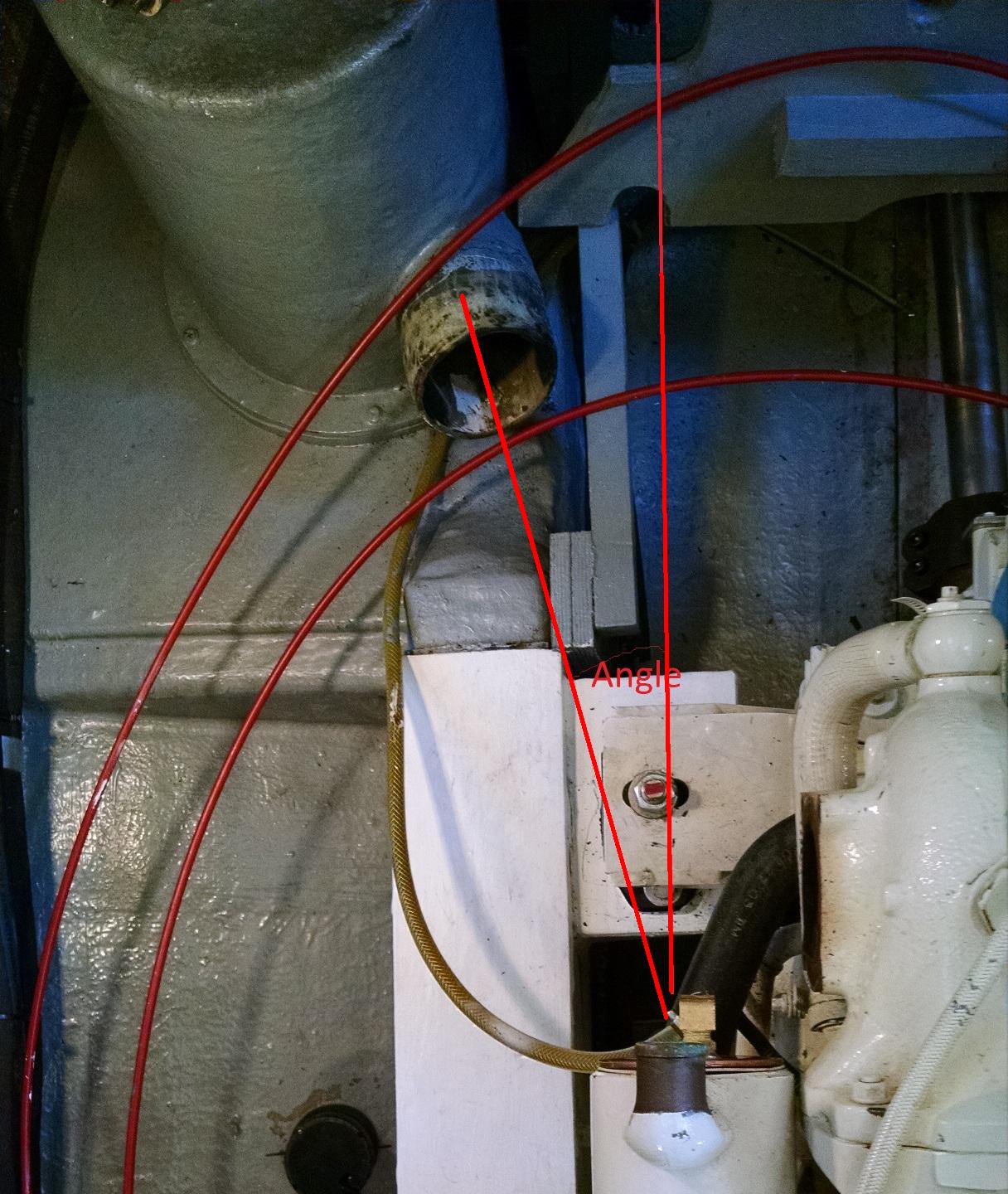 Small but not easy to deal with offset angle

But this install had a couple of slight offsets and not much distance to work with… In the end, what really made it work out was the use of a Rubber 45 degree elbow at the bottom, and a hump hose at the top—Together, the two of them allowed just enough “tweaking” for a perfect line-up without have anything under too much strain…..Like always, we always use Rectorseal #5 on all connections and multiple hose clamps staggered 180 degrees apart for uniform clamping pressures.

I had sent the owner some “stick drawings” showing the measurements I needed to mock-up his engine to muffler relationships. From there, we just built it on the shop floor. 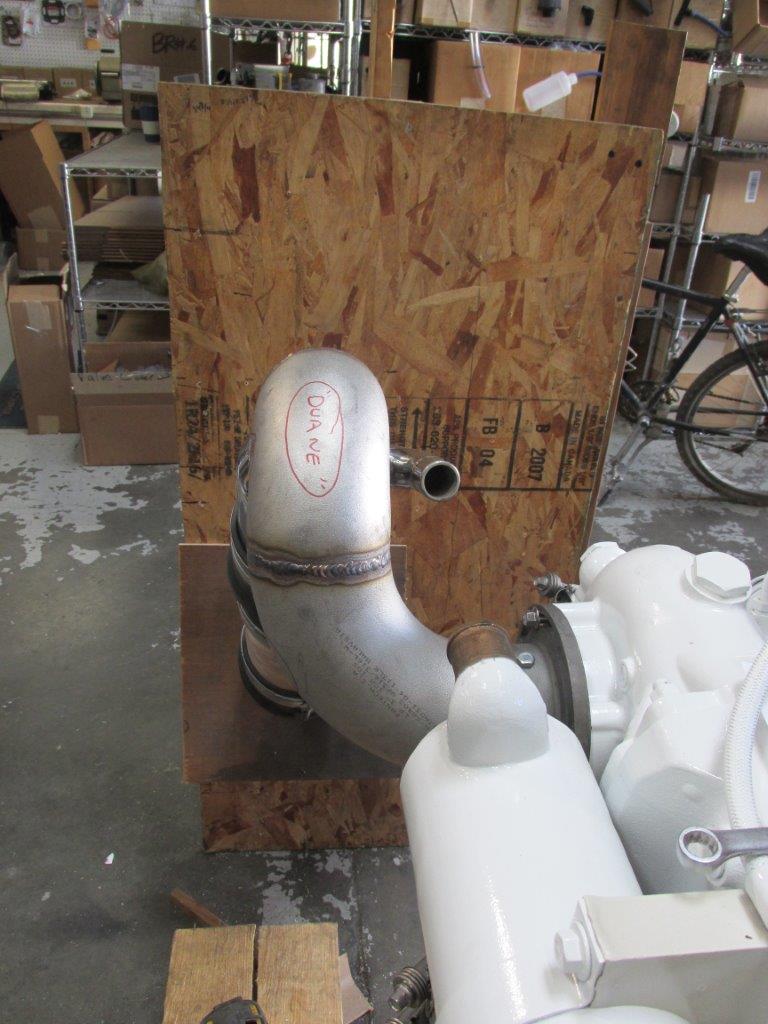 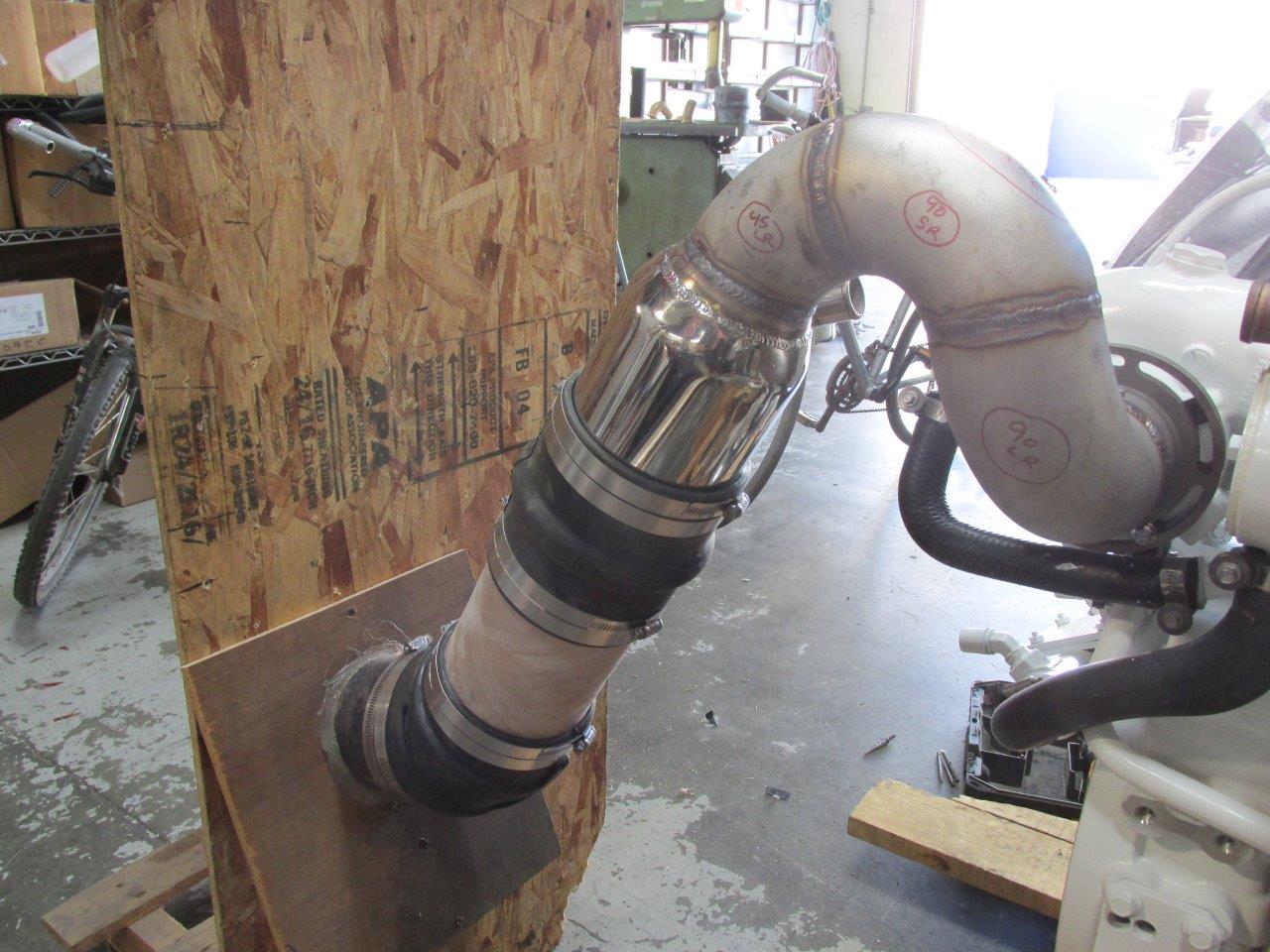 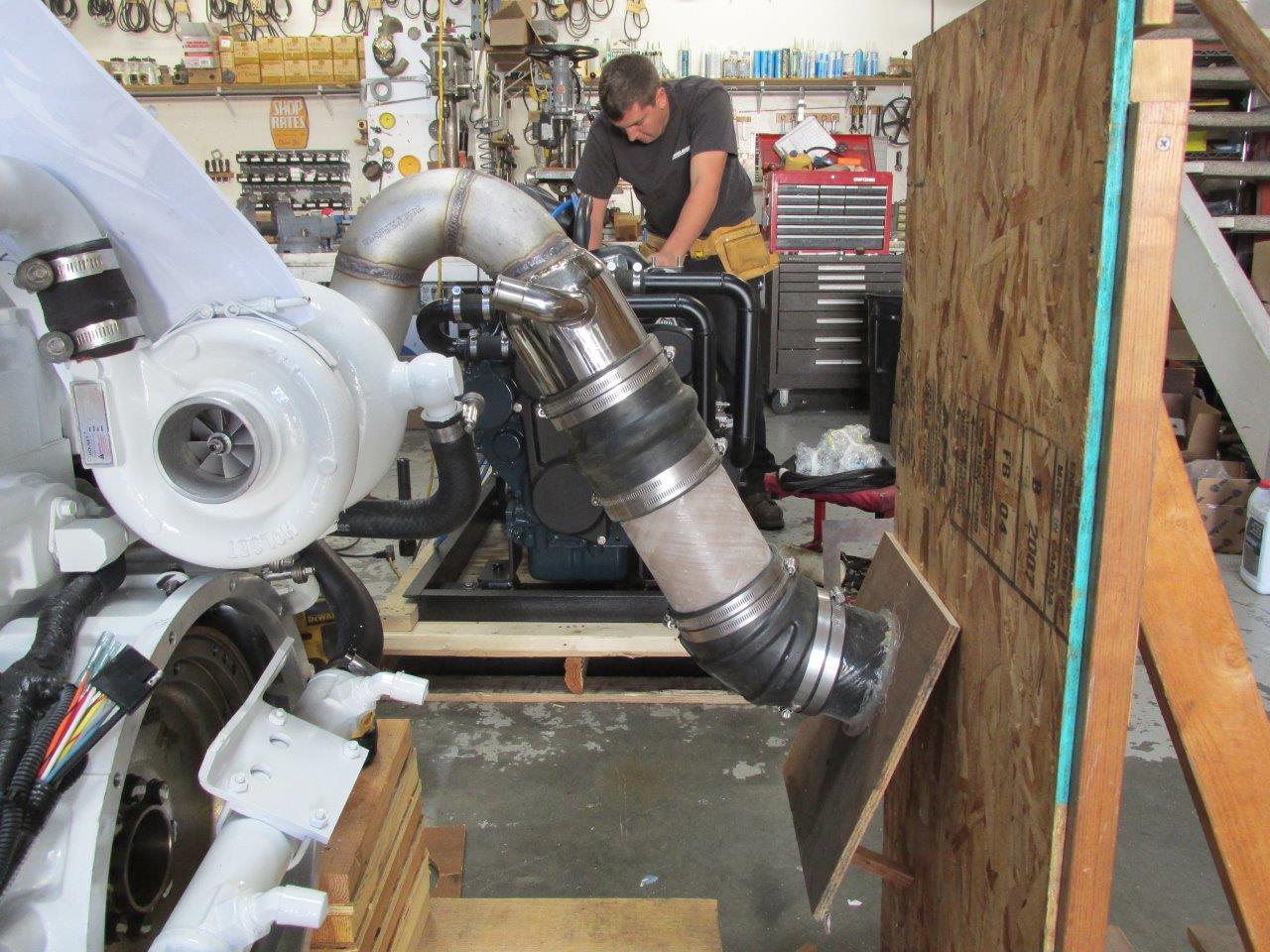 The finished install says it all, plus the engine is now SAFE! 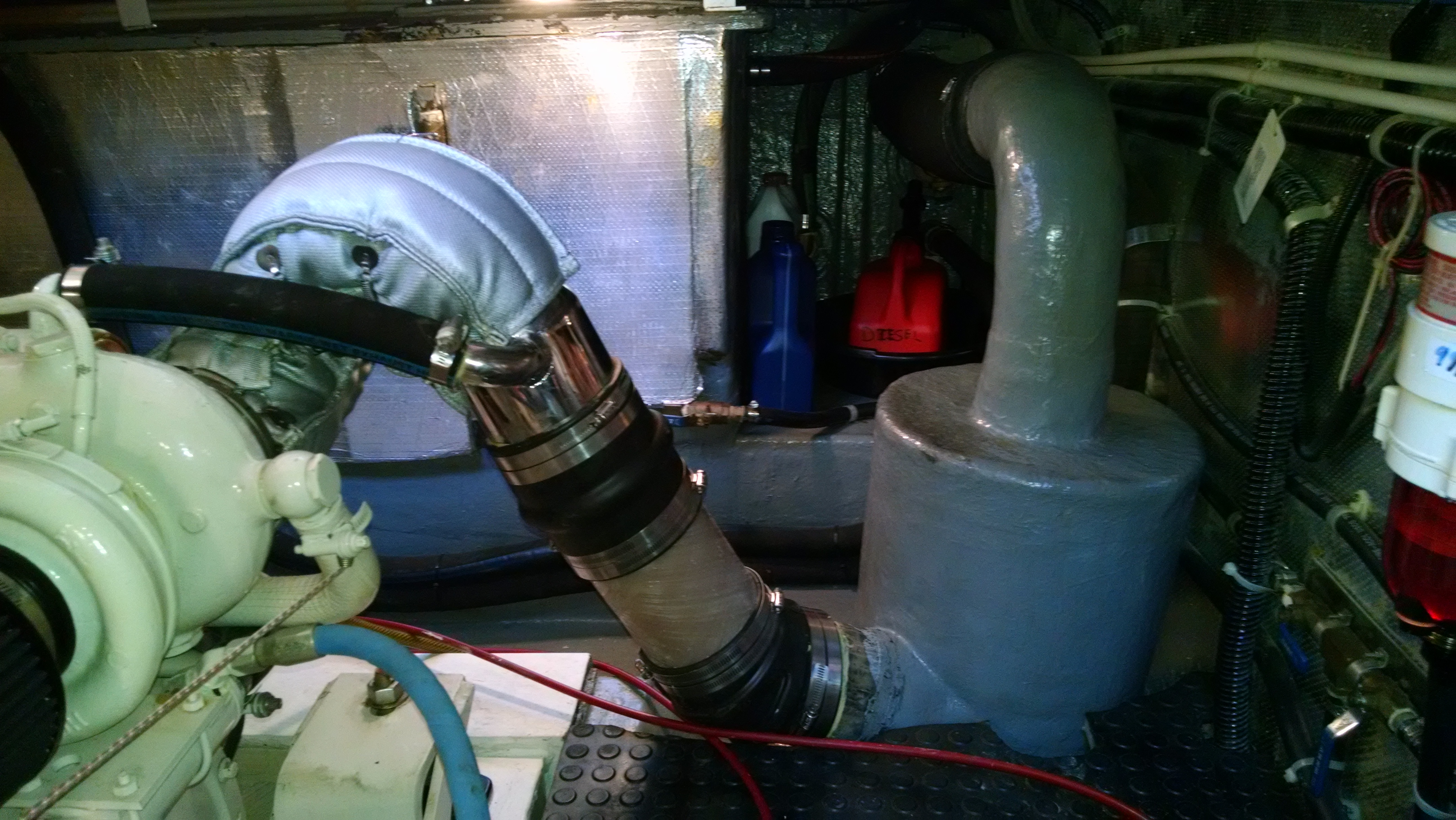 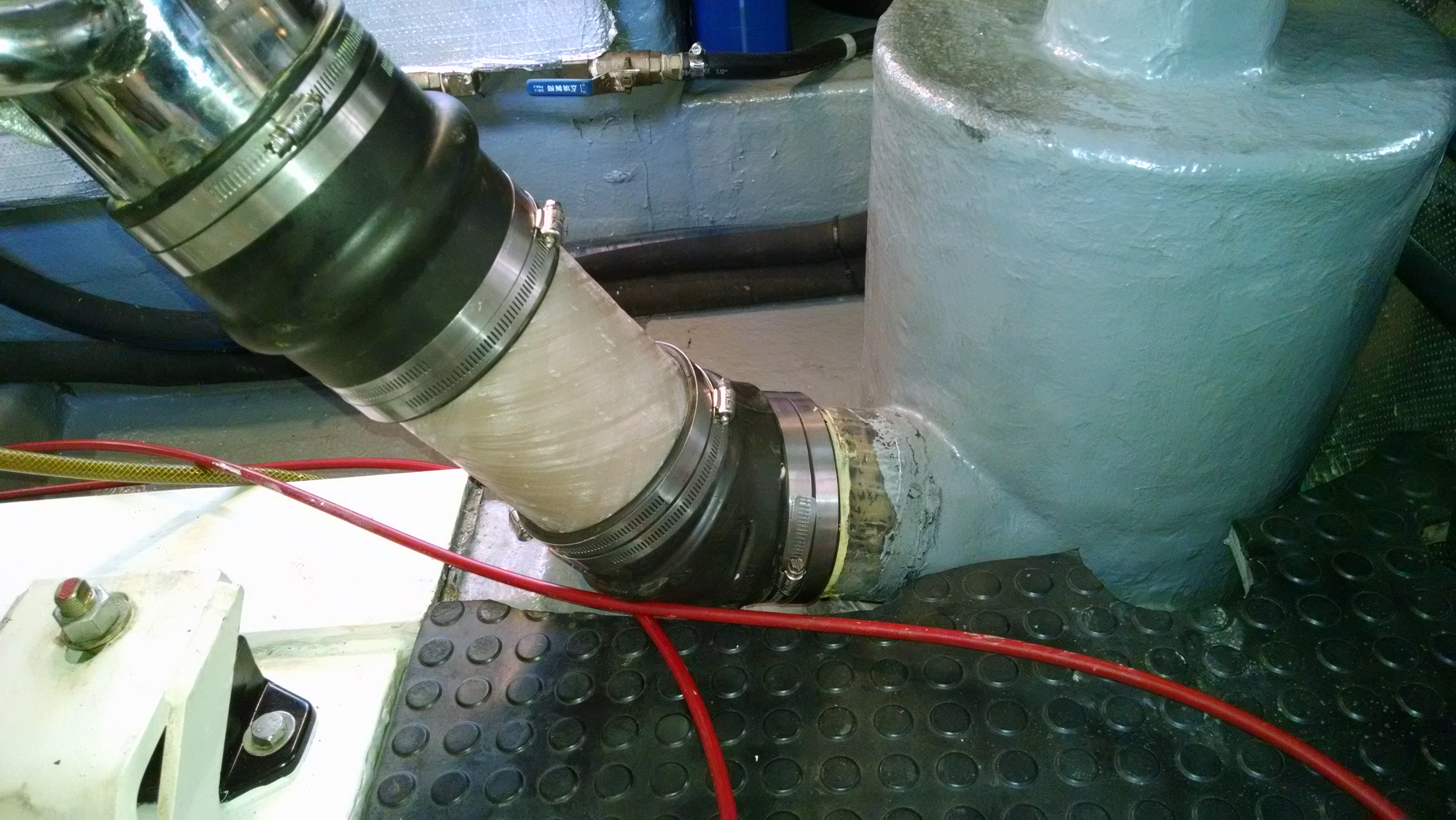